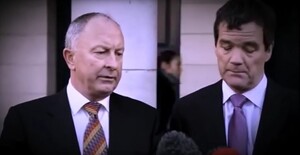 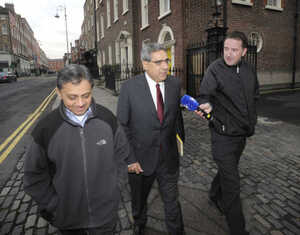 The fifth anniversary of the bailout prompts some overdue myth-busting.

Greens don’t lack for apocalyptic anthems. In the 60s there was Barry McGuire with ‘Eve of Destruction‘. In the 80s R.E.M. were telling us ‘It’s the End of The World‘ as we know it. My own favourite piece of singalong depression is David Bowie’s ‘Five Years‘ from his ‘Ziggy Stardust’ album.

I make this tenuous connection, between half a decade and the apocalypse, because over the next month the phrases like these will be linked ad nauseam. I want to get my spake in first.

This month sees the fifth anniversary of the bailout of the Irish economy. A national embarrassment certainly, but also a course of events we are still many years away from understanding in its full context.

Let me try to put aside some of those myths. The first of those was that the government knew for a considerable time what was likely to happen. The Noel Dempsey/Dermot Ahern doorstep was offered as definitive proof. I hold no brief for either man, and had had severe run ins with both, but neither knew that the IMF was on their way.

Brian Lenihan may have known something but found it difficult to trust many or share information. Green Ministers were better briefed than many Fianna Fáil Ministers. As party chair and our finance spokesperson I was just as well briefed. The Green parliamentary party understood the situation far better than its Fianna Fáil counterpart.

The country was being bounced into the bailout. The ECB and the German government wanted this to happen. Their rationale was certainly punitive. The bragging of the Celtic Tiger era had come back to haunt us.

Patrick Honohan, who was the right choice to lead the Irish Central Bank, became bouncer in chief. His motives were right but I believe his intervention then was wrong.

Let me post a number of alternative scenarios. One is that the IMF should have come earlier, say at the time of the Bank Guarantee. The medicine would have been more severe but recovery could have happened more quickly.

The second scenario was that intervention need never have happened. The revised programme for government in 2009 had already committed to water charges and a site value property tax. If the government had served its full term until June 2012, most of the heavy lifting would have been done.

Neither Fianna Fáil nor The Greens would have received any political benefit, perhaps rightly so, but the country would be in a better, fairer place.

The final myth I’d like to puncture is that the opposition then, singularly and collectively, acted in any way in the national interest. The political interest was always foremost. I can’t deny that if the shoe was on the other foot that it would have been any different, but the ability to look beyond the next election has served us badly. Again.

A one term national government along Swiss lines, may have been the best option altogether. But then, as now, the political interest will always hold greater sway. The saddest fact is that it can all happen again, as if it had never happen before.