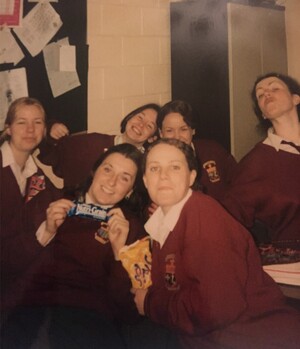 When Third Level is what ‘others’ do and getting to the junior cert is an achievement.

It was Ben Franklin who said “an investment in education always pays the best interest.” That enlightened comment came somewhere in the 1700s but as is true of most words of wisdom, they are more relevant today than ever.

Growing up in inner city Dublin, in what remains one of the most disadvantaged communities in the country, I weaved my way through an education system where my schools, both at primary and second level, were labelled as ‘disadvantaged’ or ‘underperforming’ -before the days of what would now be called DEIS schools.

I had some great teachers along the way but they were struggling in a system where the overriding attitude was that we, the student population, were not really destined for any form of educational greatness so delivering the curriculum and getting us to Leaving Cert would be considered real success though junior cert would be likely more realistic. Ambition was not nurtured – pragmatic stereotyping was more the order of the day.

Most kids I worked my way through the system with came from strong families who were hamstrung by economic disadvantage – my own included. Many of them had parents who themselves had never had access to any education beyond early second level.

Third level seemed like something ‘others’ did. Personally I was lucky to have parents at home who prioritised education and that, combined with my natural indignation at being told by the system that I ‘couldn’t’, ensured I broke the cycle and pushed through. But I was very much the exception rather than the rule and that’s just not acceptable.

I sat in classes where we were encouraged to look to the local VEC at best or the local sewing factory at worst. To aspire to university was highly unusual and really not something that happened very often. When it did it was miraculous – I still get asked back to speak to students by way of the ‘girl done good’ narrative!

Unfortunately not much has changed in the intervening decade or so since I left school. Data published last year following an Irish Times analysis showed that progression rates from affluent areas were almost double those of socio-economically disadvantaged areas.

The analysis also found that those progressing from more affluent areas were more likely to have attended a fee-paying school and/or availed of private grinds. So, as in most things in life, the balance of opportunity is weighted heavily in favour of those who have at the expense of those who have not.

Education should be seen as a public good – the more society puts in the more society gets out. But rather than families recognising this, it is the State that needs to appreciate the sentiment. It is perfectly acceptable for families to avail of the best education they can afford – indeed they should.

However, it is society’s responsibility to ensure every family has access to the same quality of education regardless of what they can afford. It is not enough to simply invest bricks and mortar into school building projects if you don’t have a symbiotic investment in teacher training and ensure teaching is recognised as a valuable and vital component of a healthy society.

Teachers should be recognised as crucial elements of a vibrant successful society and economy and the respect and remuneration afforded to teachers should reflect that value.

Tomorrow, my Social Democrats colleague in Dublin Central – one of the areas with the lowest third level progression rates in the country – Councillor Gary Gannon will host a public meeting in the Sherriff YC hall [Sheriff Street in Dublin 1] to discuss access to education.

This week is college awareness week. Awareness of college is one thing but awareness that college is a viable option for all –no matter your background – is a whole different thing and that is where we need to get to. If you’re around at 11am in the morning then join Gary in a discussion about how we achieve educational equality.

After all, when Mandela said “education is the most powerful weapon you can use to change the world” I’m pretty sure he was also referring to those outside the affluent suburbs.

111 thoughts on “A Class Struggle”