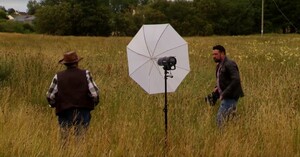 [Local paper doc] The Local Eye at 7pm on RTÉ One.

Jack has led a long and interesting life, earning his nickname as an MC at a club in London before returning home to live in Ireland and, over the course of six years, build a road between two villages that he was told was an impossibility. Stonemason Jack also tells Willie about a round tower monument he built for his late father on the ranch….

Previously: How To Spot Bull

Writing At The Crossroads

‘Who Won The Whist In Mulranney?” 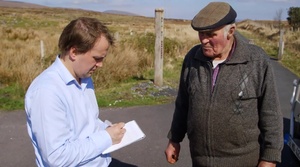 Writing At The Crossroads 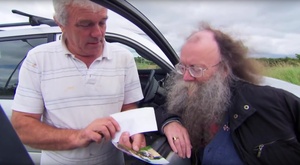