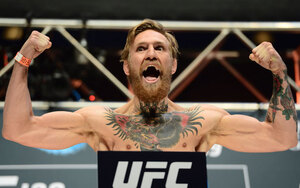 “It was important for us to contact Conor and his management team before making any public or media announcements and to make sure that he would welcome the reception and also ascertain his availability. We have held discussions with his team and are delighted to now be in a position to make this announcement. We will hold the reception in City Hall towards the end of January 2016 and further details will be announced as planning progresses.”