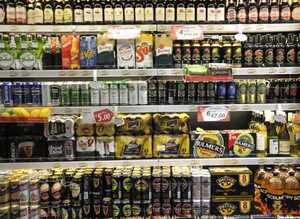 The European Court of Justice (ECJ) in Luxembourg has “concluded that the planned 50p per [alcohol] unit policy to be introduced in Scotland would restrict the market”. And It was “ultimately for the national court of an EU state to determine whether other measures would be as effective in achieving the desired public health benefit”.

Question: Do you think this will affect the Irish attempt of minimum pricing?

The Vintners’ Federation of Ireland (VFI) broadly welcomes the view of the European Court of Justice (ECJ) with respect to the introduction of a minimum price per unit of alcohol.

The VFI understands that the ECJ appreciates the objectives of the Scottish Parliament to primarily reduce the hazardous consumption of alcohol, a view and objective we would share as a major industry stakeholder in Ireland.

The ECJ has stated that the introduction of Minimum Unit Pricing (MUP) is only justifiable if it is demonstrated to be proportionate and would achieve what higher taxes on alcohol or other forms of taxation wouldn’t achieve.

Statement from the Vintners’ Federation of Ireland

45 thoughts on “Ask A Broadsheet Reader”