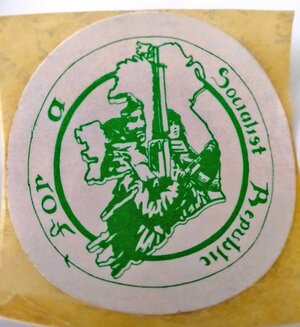 Anyone happen to know which group produced this? 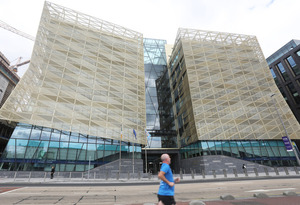 The Atlantic magazine this month has an interesting article entitled “The Worst Worst Case Scenario” (or for the online version “The Looming Bank Collapse” ) by UC Berkeley Law Prof Frank Partnoy.

In the article he outlines the possibile scenario in which the coronovirus crisis leads to another 2008 style recession, except this time it would be worse.

He explains that the last financial crash was largely caused by bank’s over investment in CDOs:

“The financial crisis of 2008 was about home mortgages. Hundreds of billions of dollars in loans to home buyers were repackaged into securities called collateralized debt obligations, known as CDOs.

In theory, CDOs were intended to shift risk away from banks, which lend money to home buyers. In practice, the same banks that issued home loans also bet heavily on CDOs, often using complex techniques hidden from investors and regulators.

When the housing market took a hit, these banks were doubly affected. In late 2007, banks began disclosing tens of billions of dollars of subprime-CDO losses. The next year, Lehman Brothers went under, taking the economy with it.”

This process of contagion and collapse was memombarbly explained by Ryan Gosling’s character using Jenga blocks in The Big Short (2015).

According to Partnoy, the current threat is CLOs, which seem to share more than just a similar name with CDOs:

“After the housing crisis, subprime CDOs naturally fell out of favor. Demand shifted to a similar—and similarly risky—instrument, one that even has a similar name: the CLO, or collateralized loan obligation. A CLO walks and talks like a CDO, but in place of loans made to home buyers are loans made to businesses—specifically, troubled businesses. CLOs bundle together so-called leveraged loans, the subprime mortgages of the corporate world.

These are loans made to companies that have maxed out their borrowing and can no longer sell bonds directly to investors or qualify for a traditional bank loan. There are more than $1 trillion worth of leveraged loans currently outstanding. The majority are held in CLOs.”

Partnoy warns that if the leveraged loan market collapses, many banks will have liabilities greater than their assets. And due to the current Covid 19 situation…

“…the outlook for leveraged loans in a range of industries is truly grim”.

He warns that if another financial crash is  looming, politicians will be under tremendous pressure to NOT bail out the banks, due to citizen’s anger at lessons not being learned by banks in 2008, adding:

And then, sometime in the next year, we will all stare into the financial abyss. At that point, we will be well beyond the scope of the previous recession, and we will have either exhausted the

remedies that spared the system last time or found that they won’t work this time around.”

Partnoy summary at the end of the article calls for major reforms of our financial system, whether the crash happens or not:

“It is a distasteful fact that the present situation is so dire in part because the banks fell right back into bad behavior after the last crash—taking too many risks, hiding debt in complex instruments and off-balance-sheet entities, and generally exploiting loopholes in laws intended to rein in their greed. Sparing them for a second time this century will be that much harder.

If we muster the political will to do so—or if we avert the worst possible outcomes in this precarious time—it will be imperative for the U.S. government to impose reforms stringent enough to head off the next crisis. We’ve seen how banks respond to stern reprimands and modest reform. This time, regulators might need to dismantle the system as we know it.

Banks should play a much simpler role in the new economy, making lending decisions themselves instead of farming them out to credit-rating agencies. They should steer clear of whatever newfangled security might replace the CLO. To prevent another crisis, we also need far more transparency, so we can see when banks give in to temptation. A bank shouldn’t be able to keep $1 trillion worth of assets off its books.

If we do manage to make it through the next year without waking up to a collapse, we must find ways to prevent the big banks from going all in on bets they can’t afford to lose. Their luck—and ours—will at some point run out.”

I have to admit, I have no expertise in financial issues. So by the end of the article I was hoping CLOs were an American phenomenon, and that Irish banks would not be so foolish to get involved in this market, after the last devastating collapse.

The article by Joe Brennan states:

“Ireland’s growing role as a host to esoteric vehicles for repackaged loans of highly indebted companies internationally could see it caught up in an international financial shock if corporate default rates spike. US and British private equity firms and asset managers have driven a boom in collateralised loan obligations (CLOs) vehicles in Ireland in recent years.

These repackage pools of corporate loans into bonds that are sold to investors. Total assets in Irish-based CLOs spiraled to €78 billion in first quarter of 2019 from €15.7 billion five years’ earlier.

An estimated two-thirds of the outstanding value of European CLOs is now domiciled in the Republic, the Central Bank said in a paper published on Friday on Ireland’s market-based finance, or shadow banking, industry.”

Brennan goes on to play down the risk CLOs pose to the Irish economy:

“Only a tiny portion of non-bank finance assets in Ireland relate to the domestic economy…While the prospect of an entity in the International Financial Services Centre (IFSC) imploding would cause more reputational damage than a direct cost for Irish taxpayers, the new Central Bank governor Gabriel Makhlouf has set a priority on assessing the risks in the sector, including parts, such as CLOs, that are not regulated.”

I hope Joe Brennan is right, but would the main learning from 2008 not be that if the jenga bricks begin to fall in America, then the whole world (including Ireland) is coming down too?

It would seem to me that Ireland should be doing more to regulate CLOs if we are the European leader in their sale. I would be very interested to Ask A Broadsheet Reader what they make of this.

Not really close to being a ‘huge’ concern. Banks exposure to these is small (ca 45% of AAA rated slice of the market and virtually nothing of the rest of the market). Total market size is about 1/3rd of CDOs that blew up in GFC. U.S. banks hold ca 90 billion or 13%. +

+ quantum of losses they can trigger is small. Too small for the banks to worry about. More dire, from the banks systemic risk perspective, are their capital cushions and any potential pressures on liquidity. Separate story.

Not at all. I had my former students working these days in big US banks all panicking over their careers and their jobs over that Atlantic article. IMO, systemic risks in other areas, e.g. overall corporate & government bond markets, are more pressing than CLOs, though CLOs +

+ can create some pressures. Central Banks can monetize this asset class relatively easily, however. For Ireland, 76bn in CLOs is not hugely indigenous: https://t.co/DUOQcrdjVR. So a lot of this is IFSC stuff. 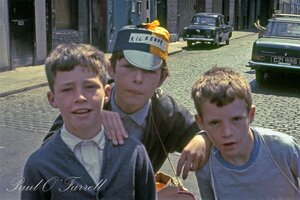 Scan of a slide from the Summer of 1968. I believe this may have been taken in Dublin. It would be nice if someone recognizes the lads who might have been selling those hats.#ireland #dublin #kilkenny #sixties pic.twitter.com/eOc4oU9rqI 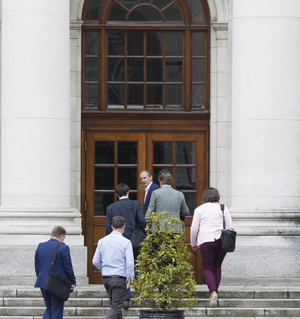 When the Taoiseach resigns to facilitate the handing over of power to the new Taoiseach our Constitution says the entire Govt resigns also. So were talking the normal gold plated Ministerial pension entitlements for Govt X 2? Rotating Taoiseach ensures electorate are locked out. 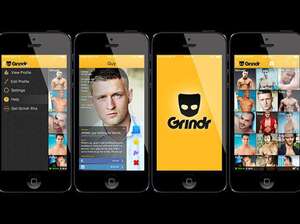 Hook up app Grindr has removed its ‘ethnicity filter’

Grindr yesterday announced it would remove an ethnicity filter from their app. Is it racist to be not attracted to certain ethnicities or have a preference for a particular ethnicity or are we over thinking this and attraction is just attraction? 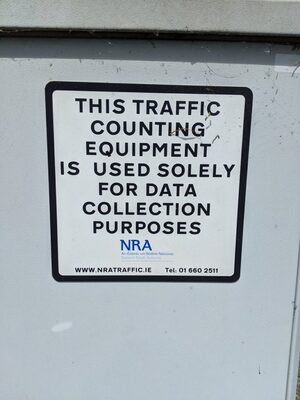 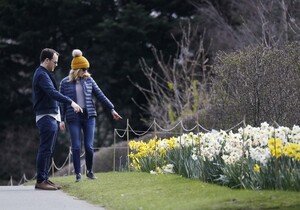 A question for Twitter on this fine sunny day. Do you directly or indirectly remember anyone referring to The Botanical Gardens in Glasnevin as the ‘Bots’? Is it an older, Northside phrase? Sam. 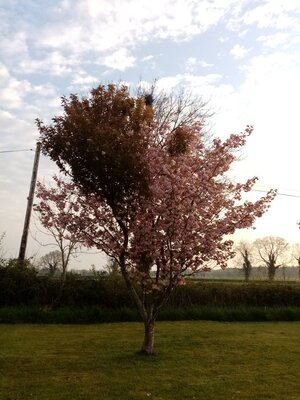 For some reason one of my cherry blossom trees doesn’t blossom in one area with the rest of it, all from one branch. Why is that? 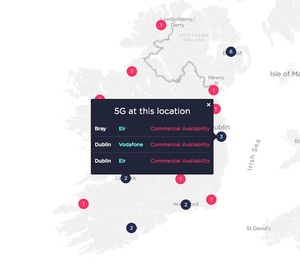 The Ookla 5G Map tracks 5G rollouts across the globe

There’s a 5G tower in Bray [County Wicklow] and one near the Spire [O’Connell Street, Dublin 1] according to this map. Is it accurate? 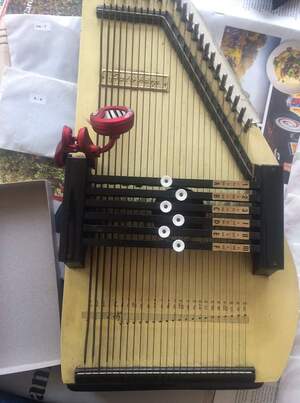 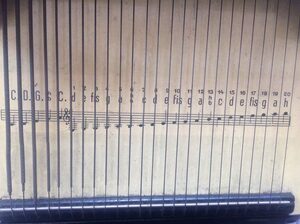 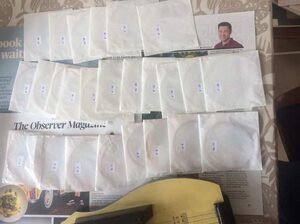 Help! I’m about to restring this autoharp, it has 25 strings but could only find sets of 32, I’ve only started to learn to read music, so some of the notation is a mystery to me, any suggestions here would be greatly appreciated…