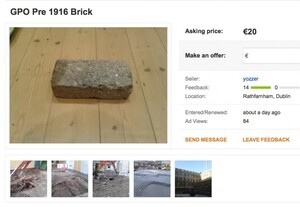 A chip off the old block?

This is an original brick that was under the floor slab of the GPO for the last nearly 200 years. It would have been under the ground when the Easter Rising of 1916 took place and your patriotic heroes had to flee after the British bombing. As we all know that these men later surrendered and were executed by the British….The brick vault was discovered under a concrete slab when excavating for the new 1916 Exhibition Centre. 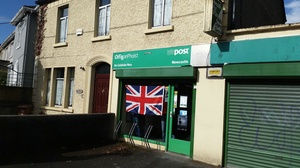 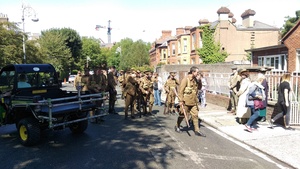 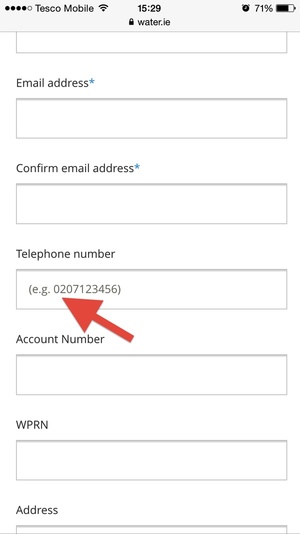