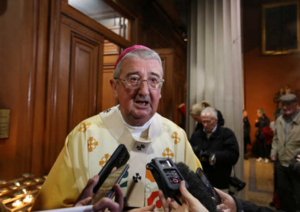 Speaking at a Mass in Lucan Co Dublin marking the 10th anniversary of suicide support organisation Pieta House, [Archbishop Diarmuid Martin] said it would not be right not to accept the church’s role in fomenting such taboos.

“It would not be honest for me to stand here this afternoon and not recognise that the Church in Ireland and farther afield contributed greatly to the level of taboo which surrounded suicide,” he said.

He continued that “a Church which loses the sense of the priority of mercy gets trapped in a priority of rules, and loses the meaning of those rules. The preaching of Jesus was constantly directed against those who imposed burdens on others and never lifted a hand to help.

“That rigidity and hypocrisy remains always a temptation. It will not be combated simply by homilies and critique, no matter how important they are.”

A Place For Eva