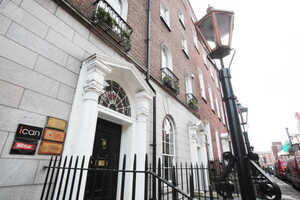 The Ireland edition of The Times reports this morning that Fine Gael had planned to use communications company Red Flag as its social media consultant but abandoned the plan because the PR firm is being sued by Denis O’Brien.

Mr O’Brien is claiming Red Flag was involved in a conspiracy against him.

“In December Garret Doyle, Red Flag’s chief operations officer, told the High Court in an affidavit that Mr O’Brien’s case against the company had resulted in the loss of “one significant and valuable project”. It is understood this was a reference to the arrangement with Fine Gael.”

“…Red Flag was to make up to four staff available as part of the proposed deal, which was worth about €100,000. The company uses specialist software that Fine Gael was hoping to deploy to push and target its own message effectively on social media, but also to protect its candidates’ timelines or Facebook accounts being overrun by supporters of other parties.”

“…It is also understood that Fine Gael is now being advised by a London-based consultancy called Edmonds Elder, which is run by Craig Elder and Tom Edmonds. The firm ran the digital operation for the Conservatives during the 2015 UK general election. The British party’s campaign, particularly on Facebook, was considered one of the key elements in its successful re-election.”

“…On its website, Red Flag advises clients that it can act “your eyes, ears and mouth in the rapidly moving digital world”. The company advertises a software suite called Semafore which “monitors, evaluates and reports on market reaction and sentiment”.

“It advises companies that it will assist them to learn about reputation issues before they hit the headlines, be ready to launch pre-emptive strikes and “marshal allies to win the online space when things heat up”.”

14 thoughts on “Flag Of Inconvenience”