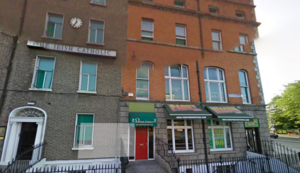 26 thoughts on “‘Integral To The Social Significance Of The Building’”