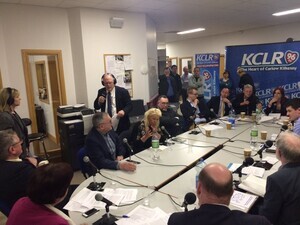 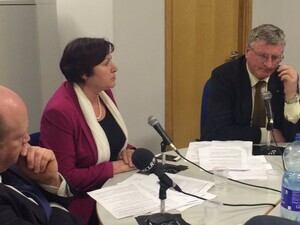 From top: The 15 general election candidates for the Carlow-Kilkenny constituency at a debate at KCLR 96FM this evening; Labour TD Ann Phelan

It involved the 15 candidates from the Carlow-Kilkenny constituency, including Labour TD Ann Phelan..

Ann Phelan is “fed up of the whole bloody lot of ye” and is leaving the debate. #GE16

14 thoughts on “Not Phelan It”