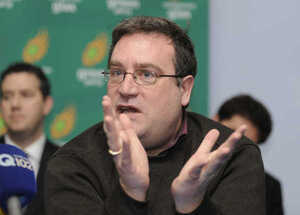 Fine Gael and Fianna Fáil will be quite close to each other in terms of seats. It shouldn’t be a surprise if FF has the greater numbers.

Sinn Féin will make a further advance, perhaps an extra dozen seats. This will fit in with their masterplan but the progress will seem less fluent that it has been.

…Which brings us to the independents and ‘others’.  Ten TDs would now carry these affiliations. This number is likely to double in a new Dáil. Renua and the Social Democrats will add to their numbers but not significantly, not having had a long enough lead in time. The next parliament will determine whether either party can be sustainable into the future.

…There will be a Green Party presence again in the next Dáil. Whether this will be a plural presence will depend on circumstances.

…As to what government we will have, it will involve Fine Gael and Fianna Fáil. It may be a coalition. It may be a supply and confidence arrangement. There may be a rotating Taoiseach. The one certain outcome is that there will not be a natural coming together of these parties. That may take another five years 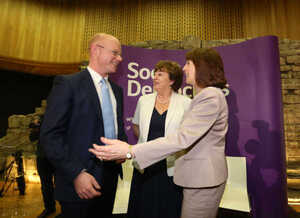 The Power Of Three

33 thoughts on “Calling It”