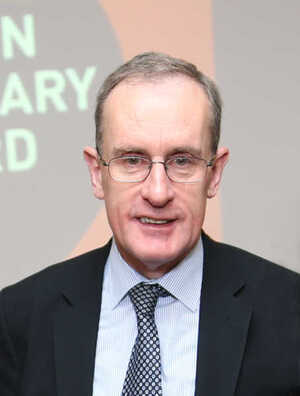 You may recall how new lobbying laws came into effect last September.

The new legislation puts an onus on lobbyists to register on lobbying.ie. It aims to allow members of the public see who’s lobbying whom.

Further to this, journalist Lois McGrath, of Dublin Inquirer, compared and contrasted the diary of Dublin City Council CEO Owen Keegan – obtained under the Freedom of Information Act – with the companies and organisations that registered themselves as having lobbied Mr Keegan.

The information from the two sources didn’t match.

“Most of the meetings he had with companies and organisations were not logged on the lobbying register. (But just because people from organisations met with Keegan, or scheduled meetings with Keegan, doesn’t necessarily mean that they lobbied him.)”

“Some of the meetings that caught our eye were with Panda, JCDecaux, Deloitte, the DCU Governing Authority, Arup, Big Belly Smart Bins, Ann O’Dea of Inspirefest, the Holocaust Education Trust Ireland, SSE Airtricity and Diageo.”

“Representatives of three of those organisations responded to our queries before we published this article: the company behind Big Belly bins, Deloitte and Diageo. And all three said they had not lobbied the chief executive.”

Want To Vote Next May?

3 thoughts on “Checking The Register”