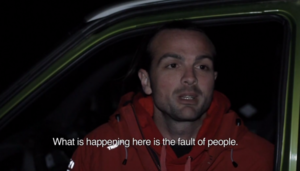 Last October Caoimhe Butterly reported on working with refugees in Greece, Serbia, Croatia and Calais and the work she planned to do – specifically bringing a medical team out to Lesbos to help the people arriving on the island from Turkey.

Further to this, Caoimhe writes:

“For the past weeks, I’ve been editing a film of sorts – or vignettes- of those seeking refuge and lives of less precariousness. While in Lesvos the last time, we (myself and the great compañero Marcelo Biglia) interviewed folks from Syria, Iraq and Afghanistan and some of those working in solidarity with them – lifeguards with Proactiva, self-organised camps and places of respite.

…Our emphasis was on not contributing any further to an often reductionist framing of those on the move – one that emphasises vulnerability but not strength, endurance, dignity and the fragile, precious hope of being able to re-build lives of safety and meaning.” 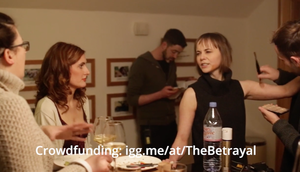 2 thoughts on “A Story Of Endurance”