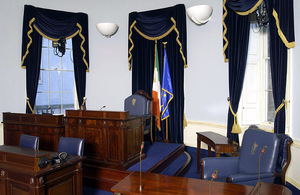 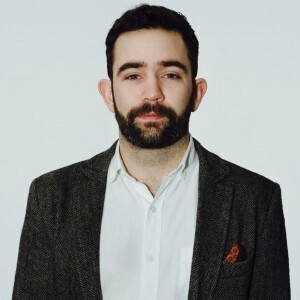 London-based, Expat rights activist Barry Johnston is running for the Seanad as an independent and the first candidate to stand from ‘abroad’

It’s time, he says, for the upper house to get obstreperous

Ever since Fianna Fáil latched on to the idea of a ‘Programme for Parliament’, there’s been lengthy discussion about how the current challenges in appointing an executive may present an opportunity to rebalance the power towards the legislative branch of our government.

It is tempting to engage in a cathartic round of eye rolling when you hear Deputies, many having sat long on the Government benches, talking with the zeal of a convert about the need for ‘radical’, ‘far-reaching’, ‘root and branch’ political reform.

That the clichés about ‘Punch and Judy’ and ‘New Politics’ trip so lightly from TD’s tongues should prompt concern about the thoughtfulness of any proposals being trotted out.

Of course such cynicism might be misplaced, and the rebuke to the old order of politics delivered by the electorate could prompt our politicians to change their spots and vote for Christmas.

For what it’s worth, from my own experience working in parliamentary strengthening with Commonwealth legislatures, there are really three things that are required to shift power within Government: relaxing the whip, introducing the right of recall so voters can kick out under-performing representatives, and providing greater legal and research expertise to enable TDs to become legislators rather than solely case-workers.

One minor element has been missing from the debate however. Up until now discussion on parliamentary reform has focused solely on the Dáil, thereby ignoring fully one half of our parliamentary chambers.

It’s ironic, given how much huffing and puffing there was about Seanad reform in the last Oireachtas, that we seem to have forgotten the place exists while discussing reform in the new one.

But it does still exist. And it really does need reform.

This is usually the part where proponents of reform propose a new commission, maybe a working group. No, an expert group! It looks like the Dáil is getting an all-party committee on reform. Maybe we’d need one of those in the Seanad?

But we’ve been there. We’ve had numerous tracts on Seanad reform, not the least of which was last year’s paper by Maurice Manning.

This presents a ready to go package of reform that could be introduced immediately, bringing ‘radical’, ‘far-reaching’, ‘root and branch’ changes without the need for a referendum.

This would include universal suffrage, including citizens abroad. And these changes could be in place by the next-but-one Seanad elections – which might be very soon indeed depending on developments in the Dáil.

It’s not for want of new ideas that we have the arcane upper house we have; it’s a lack of political fortitude, including from within the Seanad itself. But with our TDs focused literally getting their own house in order could, and would, the new Seanad achieve something similar?

The role of the Seanad is constitutionally subordinate to that of the Dáil; and its powers are designed in such a way as to avoid any rivalry or blocking. Nonetheless, the Seanad does possess a variety of significant constitutional powers it can deploy independently of the Dáil.

It can veto a whole host of executive actions, can petition the president to refer controversial legislation to referendum, and can delay Government legislation for up to 3 months.

Normally of course, these powers aren’t used as successive Governments have had inbuilt majorities of heavily patronised voting fodder (with honourable exceptions) installed in the upper house.

But then of course, these are not normal times. As has been written elsewhere, the executive capture of the Seanad may be about to come unstuck.

The traditional alignment of local and national party politics that had previously ensured a Government majority has been disrupted.

Even with the 11 Seanad appointees in the gift of the Taosieach, neither a Fianna Fáil or Fine Gael minority government would likely secure enough votes for a majority in the Seanad.

An executive formed in such circumstances would have to enter into a wholly new arrangement with the upper house, relying on negotiation, consent and bargaining to pursue its legislative programme (the Seanad has no say in budgetary or ‘money’ matters).

This presents a unique, and possibly fleeting, opportunity for a Seanad to propose genuine reform of the chamber in exchange for assenting to other legislative measures desired by the Government. In short, it’s time for the Seanad to become a bit … awkward.

Of course the insidious whip hand of the parties will still be felt in the upper house with many, ostensibly independent Senators, having secured their positions through patronage at the local government level.

There’ll be prominent jobs on offer with the smaller parties, and plenty of favours to be won in backing the bigger parties jockeying for power.

In this context, the six votes of the University panels Senators could very well hold the balance of power on significant matters.

With ballot papers arriving in the post next Monday, there’s never been a more important time for university panel voters to weigh their privileged extra vote carefully, scrutinise the record and policies of candidates, and look for truly independent voices committed to reform.

A genuine reform programme for parliament will rely on it.

Barry Johnston is the founder of EmigrantManifesto, an independent candidate for the Seanad NUI Panel based in London, and a former advisor to the Commonwealth Parliamentary Association, UK.

How Do You Solve A Problem Like Maria’s Appointment?

16 thoughts on “Senators Should Take The Upper Hand”