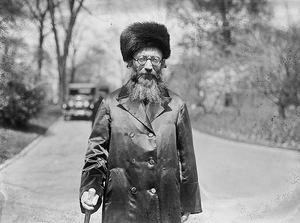 On the first day of the Easter Rising, 14th April 1914, a Jewish Volunteer, Mr A Weeks was killed outside the GPO in Dublin on the first day of action. Days before he had been laying the Foundation  stone of the Adelaide Road synagogue. This was the first Jewish Irish nationalist who died for the cause though he was far from being the acceptation that proved the rule.

In the main, Dublin and Cork Jews were nationalists and republicans whilst many of Belfast’s Jews were loyalist or pro-British. Notable amongst the revolutionaries were Robert Briscoe, an IRA Captain and the first Jewish member of the Dail Eirann (the Irish Parliament) and Michael Noyk who worked closely with the revolutionary leader Michael Collins. My own great-aunts, Fanny and Molly Goldberg joined the revolutionary Cumann na mBan  and did everything but shoot: hiding IRA soldiers, nursing and marching.

…Despite negativity and occasional antisemitism, Irish nationalists such as Parnell were philosemites. His intervention in the Cork dockers strike of the 1880s to take a stand against anti-Jewish sentiments there won over many including my own great-grandfather who would apparently read to his children from the Jewish newspapers, the parashat hashvua and the writings of Parnell every Friday morning. No wonder his daughters joined the uprising.

And Zionism? The dream of self-determination rubbed off on a generation of Irish Jews. In the midst of the chaos, the Dublin Jews convinced the young Rabbi of Belfast, Yitzhak Herzog to come and become the first Irish Chief Rabbi. He turned out to be a rabbi and politician: his experience in Dublin was again put into effect when he became the first Chief Rabbi of Israel. He was not alone in transforming his Irish nationalism to the Zionist cause.

Indeed the Irish supported Zionist causes: they trained and armed Jewish fighters in Palestine in the 1930s and 1940s. True, some supported Revisionist Zionists and others Socialist Zionists but a small community of no more than 4000-5000 that had put itself front of house building an Irish State would boast a future Chief Rabbi, President, one of the founders of the Israeli Air Force and so much more. The Easter Rising was a precursor for the creation of State of Israel: the Irish State a model of what could be.

Patrick Pearse, the rising’s leader, who proclaimed the republic outside the General Post Office, suffered from what Yeats called “the vertigo of self-sacrifice”. He had a homoerotic vision of the macaomh, the beautiful young scholar warrior who would die for his country – half the Irish mythical hero Cuchullain, half Jesus. The night before he was shot by a British firing squad, Pearse wrote a mawkish poem comparing the Virgin Mary’s loss of her son to his own death.

A century later, this distasteful confusion of political fanaticism with faith is even more in fashion, but nowadays in Islam, not Christianity. Among those rebels executed by the British shortly after Pearse was his devoted brother, Willie. In Brussels last week, a pair of brothers, Ibrahim and Khalid al-Bakraoui, detonated two of the three bombs which killed 31 people.

26 thoughts on “The Plough And The Star”