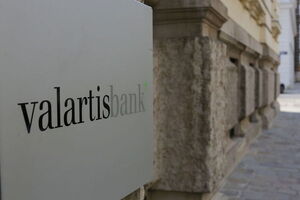 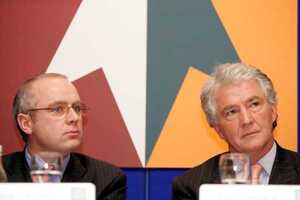 We didn’t have to wait long following the Panama leak to hear of an Irish connection.

Panama papers, tax havens, connected billionaires and a hidden money trail across the world. Is this the stuff of the latest suspense novel or an actual unfolding news story with implications for citizens across the world?

Surprise surprise it’s a true story – the stuff we of the 99% brigade have pretty much come to expect from those up there in the 1% brigade. But come to expect or come to accept?

I fear it’s increasingly become the latter as many shrug their shoulders and think ‘sure we know that’s what they’re up to, it’s no big deal.’

In the current US Presidential race we’ve two significant, and not untarnished, members of the 1% club running for the office of President.

Hundreds of thousands line up at rallies  to support them despite knowing what they know about their shady financial affairs that have been designed to screw the ordinary Joe Soap while they accumulate millions onto their billions by avoiding the taxes that would pay for the services they claim to be campaigning for.

Even less surprising was that we didn’t have to wait long following the Panama leak to hear of an Irish connection.

Even if we leave aside the two Irish individuals- a former senior Fine Gael strategist and a well-known developer – we are still left with the fingerprints of toxic Anglo all over.

According to the papers Anglo Austria was recommended to customers by the now notorious Panama law firm Mossack Fonesca as one of a small number of banks with ‘fairly relaxed conditions’ when it comes to setting up offshore companies designed to facilitate wealthy individuals to disguise their ownership and control of significant assets.

This is the same Anglo through which the infamous Bernie Madoff channelled his ill-gotten funds in order to finance his lavish lifestyle.

As far back as 2013, Simon Carswell, writing in the Irish Times, was telling us that Anglo Austria had actually been soliciting business from a company known for setting up offshore trusts.

In 2006, while the branch was still under the control of the Irish operation, a senior official in Anglo Austria was sending emails to the Singapore based Portcullis Trustnet appraising them of the ‘smooth and quiet’ nature of Austria’s banks and praising the culture of banking secrecy.

Says a lot about the internal culture at senior levels within Anglo doesn’t it?

Anglo sold it’s Austrian subsidiary to a Swiss based company in 2008 with the deal being signed on the day of David Drumm’s resignation, which had come the day after the Chairman, Sean Fitzpatrick, had been forced to step down because of his failure to reveal the extent of Director loans – which ran into the millions- within the organisation.

At the time of the sale that bank had €600 million in assets yet it was sold for only a €49million profit, with the bank itself financing part of the sale costs by way of a loan to the purchasers, Valartis.

The circumstances of the sale drew whispers across the financial world from those in the 1% circle with more than a few rumours that David Drumm had been worried about how it conducted its business and the possible blowback on him and the Irish operation.

Sean Fitzpatrick had apparently made the decision to sell the branch – with its €600 million in assets – mostly liquid cash deposits, at a time when Anglo in Ireland was in desperate need of deposits and was about to be bailed out by the Irish people to the tune of €24 billion.

The Board of the Anglo Austria operation included eight people from Anglo’s Dublin operation – a number that far outweighed the Board’s Austrian contingent.

With that level of Board representation you’d have to assume there would be an overlap of information between the Irish situation and the Austrian branch which causes me to repeat the questions that were whispered at the time – why sell off a branch with liquid assets at a time when you were shoving the begging bowl into Irish people’s faces and forcing them to flay themselves on your alter?

The initial Panama reports indicate that there may now be an answer to that question, and it undoubtedly won’t be a pretty one.

Anglo the Musical? More like Anglo the never-ending saga of disrepute.

84 thoughts on “Panama, Anglo And You”