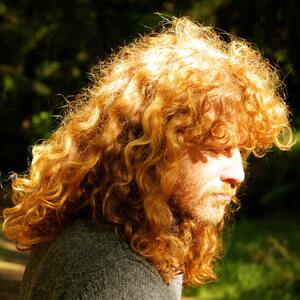 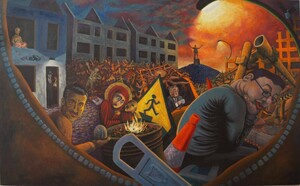 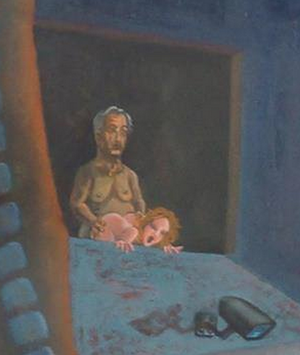 From top: Artist Joe McNicholas and his painting An Irish Political Allegory with saucy Haughey detail.

A painting by artist Joe McNicholas has been removed by the Cork School of Music.

Joe Duffy is currently speaking to Joe, and others, on RTÉ One’s Liveline about the matter.

McNicholas says he was “absolutely shocked” when he received an email from the director of CSM, Dr Geoffrey Spratt, who said that having received “a very significant number of complaints about two of the paintings,” he decided to remove one of them.

The painting in question, ‘An Irish Political Allegory’, measuring eight feet by five feet, includes a small image of a bare-chested Haughey and a topless woman.

Joe said: “The woman is my symbol of Ireland, like Kathleen Ní Houlihan. I felt it was appropriate that Haughey should be represented. He was having his way with Ireland.”

The paintings went on view on Tuesday and according to Dr Spratt, some parents and members of staff objected to the image in question “as unsuitable for those under the age of eighteen.”