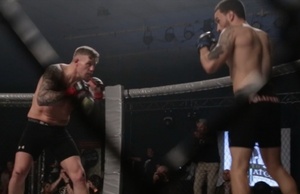 [Joao] Carvalho was taken to Beaumont for emergency surgery following the Total Extreme Fighting 1 event at the National Stadium in Dublin on Saturday night.

According to the Facebook page of Carvalho’s gym – Team Nobrega – he passed away at 9:35pm last night.

Charlie ‘The Hospital’ Ward scored a third round TKO victory over Joao Carvalho at the National Stadium.

91 thoughts on “Losing The Fight”