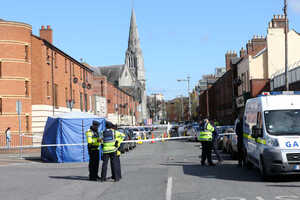 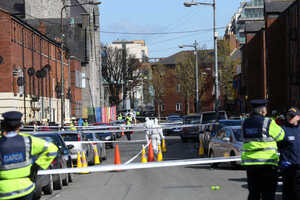 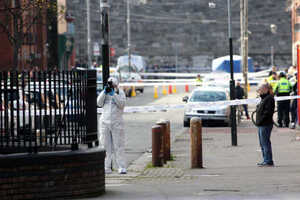 The scene where a man in his 20s was shot dead in what is believed to be a case of mistaken identity in a gang-related attack. The shooting happened outside Noctor’s pub, Sheriff Street and Oriel Street Upper at around 12.30pm. 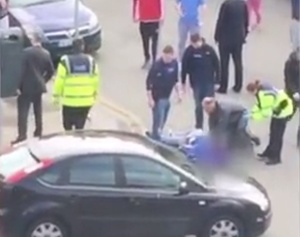