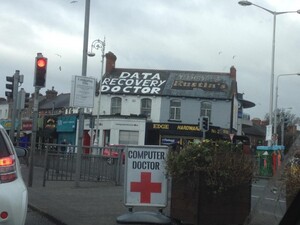 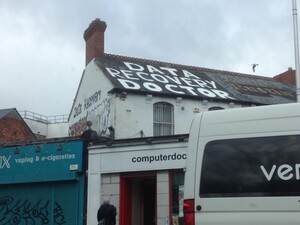 If you’re going to paint the name of your business on the roof of your building at least don’t do it freehand. The locals in Fairview [Dublin 3] must love this.

Nothing For Me. I Had A Largi Breackfast Earlier