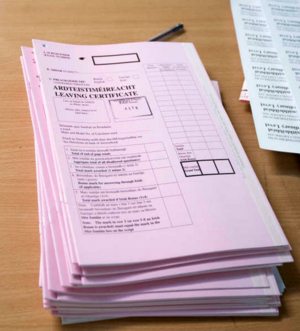 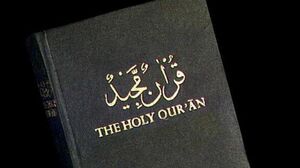 I am a Christian Syrian who has recently been forced to leave Damascus because of violence and, in particular, the bombing of the school attended by my three teenage daughters. My eldest daughter is sitting her Leaving Cert in June and intends taking Arabic as one of her subjects. In reviewing past papers, she has discovered that questions on the Koran are mandatory. She, as a Christian, has never studied the Koran. This is very unfair. What can we do about this?

To which, Mr Mooney replies:

It may seem strange that it never occurred to the National Council for Curriculum and Assessment when drafting the syllabus for Leaving Cert Arabic in 2003 – subsequently approved and published by the Department of Education – that not everyone fluent in Arabic would be a Muslim.

The fact that there are Christian, Yazidi and Buddhist communities throughout the Arab world that have no knowledge of the Koran clearly did not cross the mind of anyone involved in signing off the content of the exam.

To find yourself as a refugee in Ireland forced to answer questions on an Islamic religious text as part of a language exam in Arabic is, to use Charlie Haughey’s phrase, grotesque, unbelievable, bizarre and unprecedented.

I have brought this matter to the attention of the State Examinations Commission, which indicated to me that you are correct. Your daughter currently has no option other than to study the Koran if she wishes to take Arabic for the Leaving Cert.

Ask Brian: Why does Leaving Cert Arabic assume students will have knowledge of the Koran? (Irish Times)