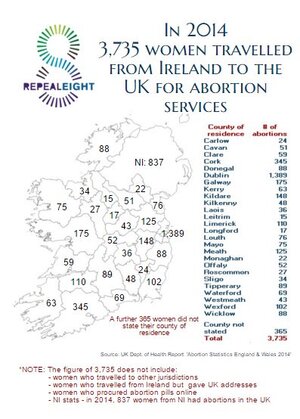 Outside the Four Courts in Dublin, at 1pm.

There will be a Not A Criminal solidarity rally.

On April 27, a woman in Northern ireland is up in court, charged with procuring abortion pills for her teenage daughter. This is the second woman in a month who will be prosecuted under the archaic Offences Against the Person Act of 1861.

The pills she bought, Mifepristone and Misoprostol, are on the World Health Organisation’s list of essential drugs; these drugs are not poison. These are the same drugs used for medical abortions in the rest of the UK.

We stand in solidarity with the women in Northern ireland and ask people to attend a rally to show support.

The View From The Dart

15 thoughts on “Free Next Wednesday?”