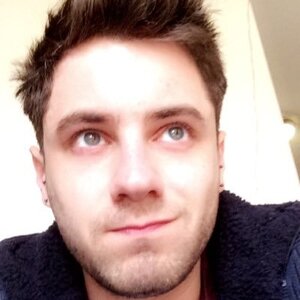 Glenn Fitzpatrick, above, is a trade unionist and a former student activist.

He’s also currently studying for an MA in Political Communication.

Today he launched a new blog, The Young Celts, to offer Ireland’s younger generation a platform for debate.

There is an inconvenient truth here but it really shouldn’t be all that inconvenient. Millennials are not saying directly to our parents and elders that we attribute the blame directly to them.

Rather, it is the policies enacted in their name that are precisely the problem.

That should not be a hard concept to grasp. It’s only very recently that I became comfortable with using the term ‘ladder-pullers’ to describe the generation above us.

This particular kind of ‘I’m alright, Jack’ can be found in every pub in Ireland on a Friday night resting safe in the knowledge that he and he alone has done a hard week’s work (unlike the lazy generation coming up behind him trying to take something for nothing).

Cold, hard facts don’t sit well with him. Instead, he likes to talk about how our generation will not be a generation of homeowners because ‘that’s how it is on the continent’.

Bear in mind this gentleman probably accessed social housing when he was my age. He went to the council and got a free gaff on a peppercorn rent. Eventually he had the chance to buy that house for next to nothing.

This ideological state apparatus is part and parcel of the institutionalised ageism that has plagued generation after generation not only in Ireland but across the world.

Last year’s #PresRef was a prime example of how keen Irish society was to ensure that our citizenry remains a second tier one and this was justified along the same lines.

The default picture these ladder-pullers have of us is precisely the frame that saw the Jobseekers’ cut made in 2013.

It wasn’t even up for discussion that someone under 35 might be allowed on the ballot paper (Which was all the question was. No one was being asked to elect a 21 year old on that day). Instead, ladder-pullers united and kept that extra bit of democracy for themselves.

Give up just a smidgen of their privilege so that our generation can live with some dignity?

They should be holding the door open for us. Instead, it’s almost like this is the natural order. Once we’re 40, it will be our turn to go into self-preservation mode, our turn to ignore the plight of the generation coming up behind us.

What is evident is that we are almost at the stage where much of this will be irreversible. We are headed directly for generational conflict. Why on earth would a generation left behind see any merit in their taxes going towards services for the elderly?

And is it any wonder why politics is met with such cynicism? It must be comforting for the ladder-pullers to attribute our apparent apathy to a laziness that so clearly plagues us.

In reality, 15 years ago, young Irish people leaving college had a chance. This is no longer the case for far too many of my fellow millennials.

I christened this blog page ‘The Young Celts’ for a couple of reasons. In recent months I, like many others, have been following the Bernie Sanders campaign closely and The Young Turks offers hard-hitting, unapologetically biased coverage of the US Elections that satisfies my anti-establishment urges.

Whatever you think of the format, the personalities and the content, there is no doubt that The Young Turks exists as a reaction to the feral beast that is US mainstream media.

I certainly do not have the resources or the wherewithal to replicate what Cenk Ulgur and Ana Kasparian have done but the need for an alternative narrative that our generation controls is not up for debate.

In the interim, I will try and add my 2c to current affairs when I can on this blog.

It would be great to link up with like-minded people, young people with opposite views and particularly people au fait with creative media to see just how much of a counter-narrative we can put out there.

Maybe then the ladder-pullers will feel a little guilty and give us a dig-out.

Millennials vs. Ladder-pullers (The Young Celts)

102 thoughts on “My Generation”