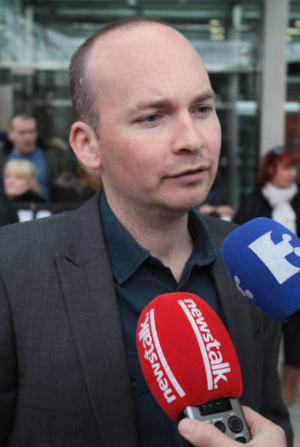 Legal aid has been assigned to Anti-Austerity Alliance TD Paul Murphy in relation to his trial on charges of falsely imprisoning Tánaiste Joan Burton during a water charges protest almost 18 months ago.

A trial date has not yet been fixed for Mr Murphy (32), with an address at The Copse, Woodpark, Ballinteer.

…A solicitor acting for Mr Murphy on Thursday said he was making an application for legal aid and handed in a statement of means. He said the State was on notice and had no objection. He said the case could last four to six weeks.