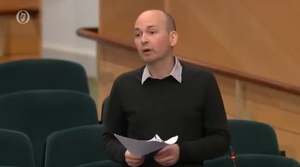 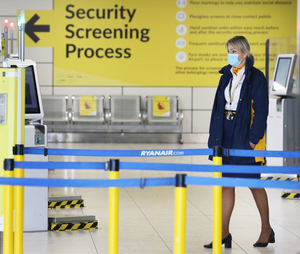 At the Special Committee on Covid-19 Response, Rise TD Paul Murphy was asking questions about the issue that beset the Government  prior to the summer recess about social welfare officers and gardai holding checkpoints at airports.

It’s since emerged that, between April 1 and June 13, the Department of Employment and Social Protection held checkpoints concerning 30 flights at Dublin Airport and that 70% of these were flights to either Romania or Moldova.

This information was obtained under FOI legislation by legal executive Roman Shortall whose children’s Child Benefit was cut after he was approached by officers at Dublin Airport while he, his wife and children were preparing to board a plane to Romania on June 13.

Yesterday, Mr Murphy told the committee that he wanted to focus on the data protection aspect of the checkpoints and the cutting of people’s State benefits, Covid-19 PUP payment or otherwise.

He then had this exchange with Free Legal Advice Centre (FLAC) legal officer Christopher Bowes:

Paul Murphy: “There’s at least anecdotal evidence to suggest that the department had access to the registers of the ferry companies and airlines companies which would prima facie, anyway, would be a breach of the Data Protection.

“And in kind of investigating this, I’ve been informed of previous cases where people have had Child Benefit cut from them for being out of the state and it seems there is no basis in which the department could have known, no inspections, etc, except from having information either from airline companies, ferry companies or from immigration at Dublin Airport.

“So my question is, is this an issue that you’ve come across before in relation to other payments, where the department has access to information that certainly seemed it shouldn’t have?”

Christopher Bowes: “Yeah. I mean we haven’t actually had, prior to the issues around the Covid PUP. We haven’t, FLAC hasn’t come across any cases in terms of, which have raised concerns about what information the department has access to. But we certainly, going back as far as 2016, have had cases where we’ve raised concerns in relation to the actions of the Department at airports and ports in terms of those actions potentially exceeding the legal limits created by the 2005 Act.

“And in terms of the kind of the data protection concerns you’re talking about. I mean FLAC welcomes the fact that the office of the Data Protection Commissioner has launched an investigation into those actions and I think only through engagement with the department on that issue, engagement between the department and the DPC I think, is the only way to get clarity on the issue and to get some finality in terms of what has been going on in terms of these airport checks.”

Murphy: “And when you’re talking about previous instances where the inspectors were potentially operating outside the law, i.e. without a reasonable cause. Are you aware of the kind of profiling of particular flights to particular destinations in those previous cases?”

In her reply, Ms Humhreys confirmed that the last DEASP checkpoint held at Dublin Airport was on July 16, while the last inspection at ports was on July 28. She also stated that no criminal prosecutions have been initiated by the DEASP directly arising from the checks at the airport.

Ms Humphreys did not respond to Ms Murphy’s question concerning the authorisation of these checkpoints. Specifically, Ms Murphy asked if Ms Humphreys or her predecessor Regina Doherty had a role in authorising the checkpoints. 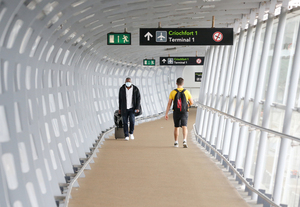 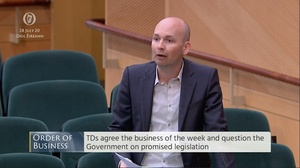 RISE TD Paul Murphy called for a vote on the lifting of the Pandemic Unemployment Payment (PUP) travel ban. 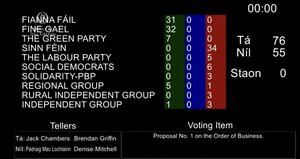 The Dáil votes 76 to 54 NOT to allow for the PUP travel ban to be rescinded https://t.co/xtzZd5ISDF

There  you go now.

Earlier: I’m Not Aware Of It Having Been Brought To Cabinet’ [Updated] 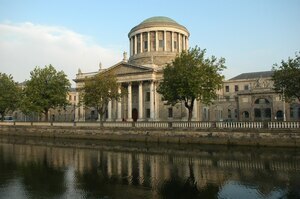 Just out of Four Courts – trying to get Dáil to debate our motion on Government misuse of money messages and unblock democratic process – climate and housing crisis measures blocked by this trickery; back at 2.30pm today.

Today @pb4p had a motion to end this but at the last minute were denied our right to move our motion by an incredibly controversial maneuver. pic.twitter.com/5xkSXSyg1c

Opposition TDs seek injunction over decision to disallow new bill due to be debated in Dáil (Daniel McConnell, The Irish Examiner)

Related: What is the Dáil ‘money message’ argument about? 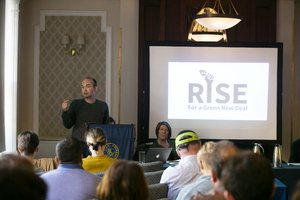 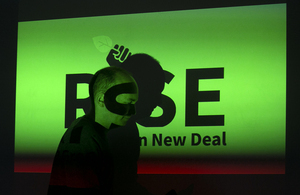 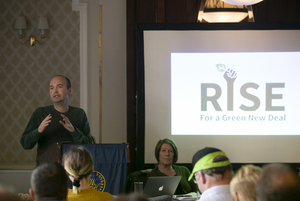 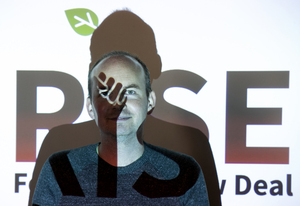 The first public meeting of the new party called RISE led by Paul Murphy TD where they outlined five new policies under a ‘Green New Deal’.

These are: the “right to transport, sustainable agriculture, workers cant pay the price for climate change, introduce a four day week” and “take the power and wealth from the capitalist elite”. 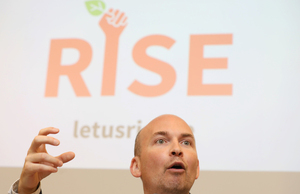 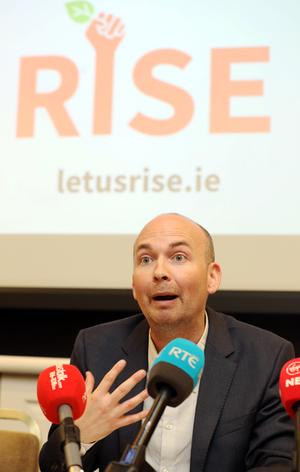 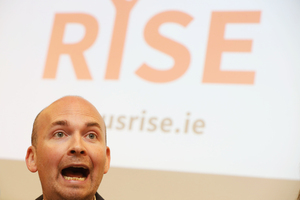 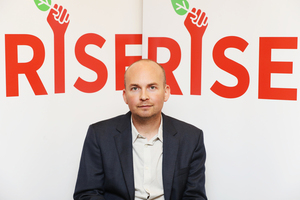 It stands for ‘radical, internationalist, socialist and environmentalist’, and was formed after a split in the Socialist Party.

Mr Murphy is the group’s only elected official and says he will stay within the Solidarity – People Before Profit banner in the Dáil.

Deputy Murphy acknowledges some people will see it as the left fracturing again.

He said: “I will understand people thinking that, to people who are a distance from the left, these debates may seem a bit obscure, I understand that.” 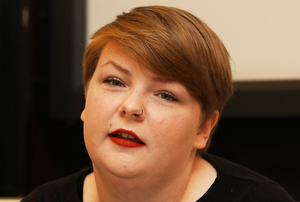 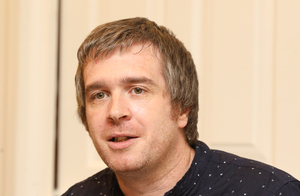 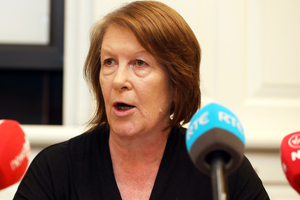 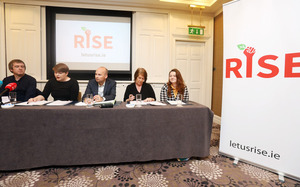 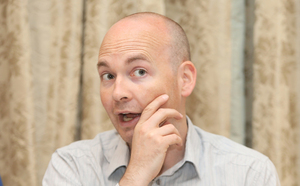 I understand that TD Paul Murphy and the Socialist Party have parted ways. More to follow. 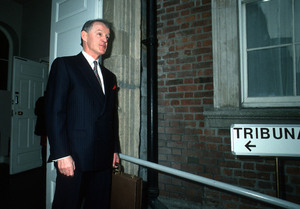 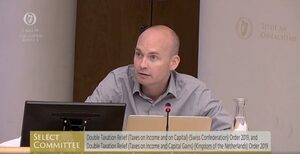 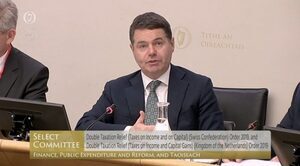 During a meeting of the Select Committee on Finance, Public Expenditure and Reform, and Taoiseach.

Journalist Colm Keena reported that nine companies in the group made a profit of €170 million last year and had assets worth more than €3.45 billion – with the “bulk of the profits” booked in Luxembourg and “largely untaxed”.

Mr Goodman was at the centre of the Beef Tribunal in 1991, where it was eventually revealed that, under the then Fianna Fáil government between 1987 and 1989, his companies benefited from financial concessions, special arrangements and a change in the tax law to protect their income.

Mr Murphy and the minster had this exchange yesterday:

Paul Murphy: “In the papers today is the Goodman Group making a profit of €170million last year reportedly and paying, effectively, zero taxes through filing accounts in Luxembourg.

“The double taxation agreement that appears to still be operative with Luxembourg is from 1972 so it was written, it was agreed a couple of years after the one with the Netherlands. Is that an agreement you’re looking at revising or adjusting or think that, certainly from this vantage point, it would seem to be a problem if someone can make, or a corporation can make such amount of profits and be enabled effectively to pay zero tax on it.”

Paschal Donohoe: “So, as I said in relation to another question earlier on [from Labour TD Joan Burton], I’m not going to comment on the tax affairs of any particular company or individual.

“But in answer to your other question, in relation to our DTA [Double Taxation Agreement] between Ireland and Luxembourg, we will be updating that via use of the multi-lateral convention.” 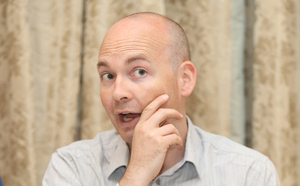 They hate you if you’re clever.

And they despise a fool…

“Are we guilty of not ‘telling the truth’ to the working class when we don’t bring a demand to leave the EU? 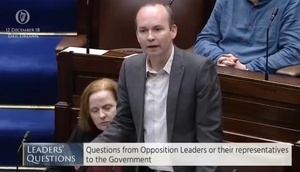 Only four percent of people in society is a Landlord – yet 25% of the cabinet are Landlords. Will they support the SOL / PBP Anti Eviction Bill tonight to stop the catastrophe of families beoming homeless ? #Dail #LQS #not1home pic.twitter.com/T2mTF4D9Qk

” On the North Circular Road there is a building with 16 families living in apartments. Many young children are living there, looking forward to Santa coming, but before Christmas all those families have been issued with notices to quit.

The landlord is not a small accidental landlord but a businessman with multiple properties.

Yesterday, he told the tenants they were great tenants but said the market dictates the rent.

The ground for eviction is the supposed need for substantial refurbishment.

In reality, the tenants and the landlord know – I presume everyone here knows this and has seen it happen time and again – that this is yet another renoviction, something that deserves a word for itself now because it is so widespread, with the need for refurbishment used as a pretext to kick out tenants and hike up rents.

If these tenants are evicted, they will mostly be evicted into homelessness.”

Paul Murphy TD (top) in the Dáil this afternoon.