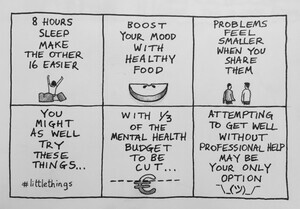 Update: It is 1/3 of the extra €35million earmarked for mental health, not 1/3 of the overall budget. Sorry all.