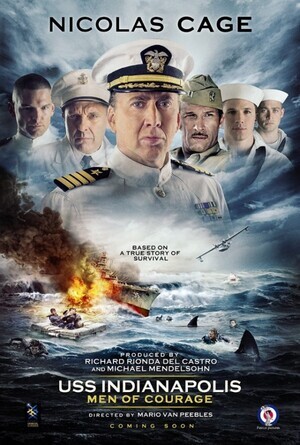 2. The USS Indianapolis was torpedoed by the Japanese in July 1945. Only 316 members of the 1,196-strong crew survived four days in shark-infested waters.

3. “Lifeless eyes, black eyes, like a doll’s eye.” Fans of Jaws (1975) will recall that the Indianapolis was the ship that Quint served on during WWII. And the cause of his shark aversion.

4. Look at that poster. So much fail.

5. Probably not coming to a cinema near you.