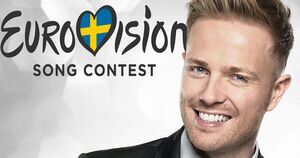 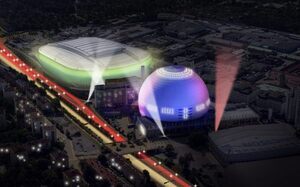 But what songs are worth backing?

And is Ireland’s entry among them?

Every bookie and fan appears to think that Russia will be the leader of the pack this year.

Russia has entered 33 year-old singer Sergei Lazarev with his Greek Russian penned hit “You are the only one”.

The song is a club style hit with a larger than life performance. Lazarev has a slick production behind him with the Russians desperately wanting to win (distracts from the anti gay laws in part).

Following closely on his heels (!) is the Ukranian singer Jamala with ‘1944’ . 1944 tells the story of the deportation of the Crimean Tatars from the then USSR. and subsequent ethnic cleansing. It’s an emotionally charged R&B ballad with an ethnic edge that seeks to tell the story (and in the process annoy the Russians).

Third favourites are France, the song of which is an annoyingly catchy ear worm titled ‘J’ai cherche’ .

France sent young singer Amir who has the looks and the song that could take down mother Russia and restore French glory which has been missing from the contest for years.

Other favourites this year are Malta (think of drum n” bass mixed with pop – my personal favourite), Armenia (some young one screeching with ethnic instruments), Bulgaria (slice of upbeat pop), Czech Republic (strong ballad about domestic violence co-written by Irishman Aidan O Connor) and Australia with one of their stars Dami Im singing “Sound of Silence”.

Most fascinatingly of all, the one song (if you can call it that) that is really getting chins-wagging is Serhat from San Marino with ‘I didn’t know’.

Serhat is a Turkish TV presenter who is 60+. Originally the song was a dreary ballad that was destined to finish last until San Marino TV for the pure craic  lashed a disco track over it and painted him as a crooner. What ensues is three minutes of a song that is cheesier than an unwashed nun’s inner thigh.

San Marino are about 70/1 to win but the public do have a say this year in how the winner is decided alongside the juries.

As for the other bits around Eurovision – it is all drama.

– We have had the flag list incident where the competition organisers (the EBU) released a list of flags to be banned (it backfired spectacularly, listing the Kosovo flag alongside the ISIS flag was not a bright idea).

– Germany’s original choice of singer was withdrawn after homophobia allegations.

– Bosnia’s group got into a fight amongs themselves.

– The Israeli contestant Hovi Star (think pound shop Boy George) accused Russian immigration of homophobia and subsequently had a bitch off with the Dutch contingent.

– Romania kicked out for not paying participation fees.

As mentioned earlier Ireland are sending Nicky Byrne with the song ‘Sunlight’. A pop rock entry that tries so hard to be likeable but falls between the cracks as being too generic. It’s catchy and the lyrics nice and lovey dovey but that is all.

Let’s be honest here with ourselves, Nicky in my book was never really a singer, he is a showman who puts on a good performance and sings a nice song but its instantly forgettable and his voice is at best average (and he does have an album coming out soon and is married to Bertie Aherns daughter but that is just coincidence) . RTÉ missed the boat with this year’s Eurovision,

No point whinging anymore. I still love it, always will!

Betting tips – back Ukraine each way, Cyprus to qualify from the semi and maybe Germany finishing last. Above all enjoy it for what it is – a kitsch campy entertainment show with a dash of seriously good song writing in between.