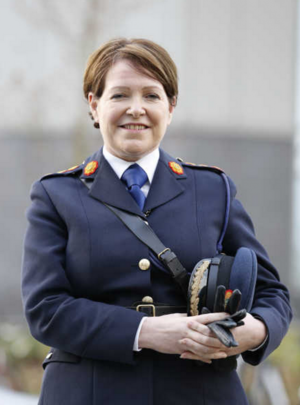 As previously stated, An Garda Síochána has fully accepted the findings and recommendations of the O’Higgins Commission. We will examine what lessons can be learnt and ensure the issues arising are fully addressed.

Our immediate concern, arising out of the O’Higgins Commission, must be with victims who believe – with justification, they were not dealt with properly by An Garda Síochána.

We are sorry the victims did not get the service they were entitled to, and we will seek to work with them.

A key element of our modernisation and renewal programme is ensuring victims are at the
heart of the Garda Service and they get the service they are entitled to.

In order to ensure a victim centred approach our first steps have been the setting-up of 28 Victim Service Offices throughout the country to keep victims up-to-date on the progress of their case through the justice system and the establishment of the National Protective Services Bureau, which among its work provides support for vulnerable victims.

These measures will help ensure we meet our obligations under the EU Victim Rights Directive.

We are learning from our past mistakes and following a number of reports in recent years, improvements in relation to how An Garda Síochána conducts investigations, manages incidents, trains its personnel, and liaises with victims of crime have been introduced or are in the process of being introduced as part of An Garda Síochána’s modernisation and renewal programme.

Every day, the men and women of An Garda Síochána do great work to protect and support
communities. In doing this, they consistently show great depth of character, resolve and commitment.

The initiatives we are undertaking as part of our modernisation and renewal programme are designed to ensure they have the necessary supports to provide the very best service to the communities we serve.

I have been asked to clarify certain matters in relation to the proceedings before the
O’Higgins Commission.

I am legally precluded from so doing under section 11 of the Commissions of Investigation Act 2004, which provides that it is a criminal offence to disclose or publish any evidence given or the contents of any document produced by a witness.

The witnesses who gave evidence before the Commission did so on the expectation that
their evidence, except as may be included in the final report, would remain private.

Accordingly, I have been advised that I cannot discuss the details of any proceedings before the O’Higgins Commission.

I have consistently and without exception, within An Garda Síochána and in public, stated clearly that dissent is not disloyalty, that we must listen to our people at every level with respect and with trust, and that we stand to gain, rather than lose, when members bring to our attention practices they believe to be unacceptable.

Like every member of An Garda Síochána, Sergeant Maurice McCabe’s contribution is
valued and the service has changed for the better in response to the issues about which he complained.

I want to make it clear that I do not – and have never, regarded Sergeant McCabe as malicious.

Any member of An Garda Síochána who raises issues will be fully supported.

Each and every one of them must know they have the right and responsibility to raise their concerns and be confident that they will be listened to and addressed.

Previously: Nothing To Say Here

15 thoughts on “‘I Have Never Regarded Sgt McCabe As Malicious’”