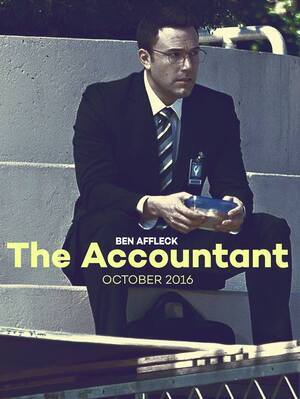 1. Accountant Chris Wolff (Ben Affleck) leads a double life as a sleeper assassin for the world’s most dangerous criminal organisations.

4. Batman will be keeping Affleck occupied for the foreseeable future. The Caped Crusader is leading two Justice League movies and will have a cameo in Suicide Squad (2016).

5. In addition, Affleck’s fourth directorial effort, Live by Night, is due in October 2017. Who’s a busy boy?

6. Broadsheet prognosis: Books will be balanced.