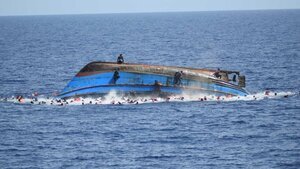 Our proud tradition as a nation that speaks up for the voiceless is being undermined by the failure to speak up and demand a humanitarian response to the continuing crisis on Europe’s shores.

Ireland was once the country that people under threat of starvation, torture and war could count on for solidarity.

When others turned away, we offered shelter during the Bosnian conflict, brought the plight of Somalia to the floor of the UN and stood firm against apartheid.

Unfortunately the same cannot be said in terms of the current crisis.

Ireland must refocus the European and global debate away from bogus arguments and back to the needs of men, women and children fleeing barrel bombs, chemical attacks and executions.

We must speak up and demand safe legal channels to Europe, with every country doing its bit and offering people a genuine chance to restart their lives.

Our silence, coupled with the continuing unacceptable delay in honouring our own promise to shelter 4,000 people, is difficult to understand – in particular in light of the widespread public calls for action just six months ago.

It is time for Ireland to rediscover its humanitarian voice and show the most vulnerable people of the world that they are not forgotten.

52 thoughts on “‘We Must Demand Safe, Legal Channels To Europe’”