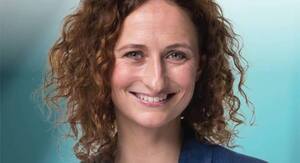 The Commission replied: “If the established practice is to have a system in place implementing the recovery of the costs of water services, in accordance with the polluter pays principle, the Commission considers that the flexibility afforded to Member States […] would not apply“.

RTÉ reported yesterday that that this meant Ireland could not be exempt from water charges.

Mary Wilson: “Now turning to the European Commission, it’s declared that Ireland does not enjoy an exemption from the obligation under European law for a system of water charges. Now this confirmation is highly likely to severely limit the new minority government’s discretion to scrap water charges if in fact that is the road that they finally go down. The confirmation comes in the form of a written response to the Sinn Féin MEP Lynn Boylan, following a parliamentary question and Lynn Boylan joins us now, good evening.”

Lynn Boylan: “Good evening. Can I just say that that’s not what the response says at all.”

Wilson: “The commission’s written response makes it clear that Ireland’s de facto exemption from water charges no longer applies because the Government…”

Boylan: “That’s not what it says…”

Boylan: “That’s absolutely not what it says…”

Wilson: “So what do you say it says, Lynn Boylan?”

Boylan: “It says it provides that members states shall not be in breach to the directive if they decide in accordance with established practices not to apply the provisions of cost recovery. Now, that’s the derogation, that’s what the response says. It says, If the established practice is to have a system in place implementing the recovery of the costs of water services, the Commission then considers that the flexibility would not apply. Now nobody in their right mind is going to say that the established practice in Ireland is Irish Water which itself is not even in compliance with the water framework directive because it’s not even having full cost recovery – it’s literally just covering the costs of its bills, of issuing bills. So it’s absolutely nonsensical to interpret that from the response that the Commission gave out this morning.”

Wilson: “I’m just, I’m just reading the written response. Brussels regards the introduction of water charges as Ireland’s established practice in ensuring that the principles of polluter pays and cost recovery are adhered to.”

Wilson: “Is to have a system in place..”

Wilson: “Were you a bit taken aback by this response?”

Boylan: “No I wasn’t taken back at all and, in fact, this was exactly what we expected. This was a priority question, a very simple, black and white answer and the commission delayed and delayed for seven weeks. We got confirmation, off the record, that this was being blocked at the cabinet, the commission cabinet, and what we did then yesterday was put out a press statement, to put pressure on the commission and they came out with a vague..”

Wilson: “And you got the response..”

Wilson: “Did we introduce the concept of water charges and metering back in 2010?”

Wilson: “I know that but yes, what I said was the concept of water charges?”

Wilson: “Well I got water bills.”

Boylan: “It wasn’t even in existence.”

Wilson: “I got water bills…”

Boylan: “Yes, so that’s not the established practice when you have a compliance rate which you have from Irish Water, you have an election result which was clearly a mandate from the Irish people. You’ve had mobilisations on the street. I think any lawyer would feel very happy going into court to defend that Irish Water is not an established practice and can I also say that there’s a precedent here. In the European Court of Justice found in favour of the member state in applying the derogation, a court ruling in 2014, against the German government. And that was around cost recovery. And they actually found in favour of the Germans over the Commission in that the flexibility is there for member states.”

Wilson: “No, no, no, I read the reports of what the Commission has said. And I took from it..”

Boylan: “The report, the Commission’s response is not public.”

Wilson: “No, I’m not talking about the Commission’s response. I said I’ve read the media reports of what has been said and I’ve taken this meaning out of it. I’m not saying I’m right but I’m asking you if it will be open to interpretation?”

Boylan: “But what I’m saying is this response is not a public, it’s not up on any website. We received it this morning, Tony Connolly, your colleague went direct to the Commission and they’ve given him, and I presume Irish Water wrote his press statement, because the response in the report from RTÉ…I’m sorry, to jump to the conclusion…”

Wilson: “I doubt very much Irish Water wrote Tony Connolly’s press statement, he is a fine reporter who is well able to write his own press material.”

Boylan: “To jump to the conclusion that was in the RTÉ report, on the basis of the 100-word vague response that the Commission issued this morning, I find unbelievable…”

Wilson: “I’m not jumping to conclusions, I’m asking is this the position, you’re saying it’s another position and my question to you is, is it now open to interpretation?”

Boylan: “Well what I’m taking is the only precedent that’s set down in law is the court ruling of 2014, against the German state, and in paragraph 57, it says, in that regard Article 9 (4)  provides that the member states may, subject to certain conditions, opt not to proceed with the recovery of costs for a given water use activity where this does not compromise the purposes or the achievements or the objectives of that directive. That gave the flexibility to the member states and that’s a European Court of Justice ruling.”

Wilson: “Can I ask you in simple English: Are you saying, nothing to see here, move on, water charges are all over?”

Boylan: “I’m saying that it was a wild leap to go from the very vague response we were given by the Commission to the report that came out from RTÊ and to not…”

Boylan: “But to not even reference that there’s been a European Court of Justice ruling?”

Boylan: “To not reference that Scotland have invoked the ability to pay clause and are in complete compliance with the European water framework…”

Wilson: “Are you saying it’s wrong. You have one interpretation, I’ve put another interpretation to you, I have said it will be still open for others to decide.”

Boylan: “It will be still open, of course, but the conclusions that this was based on, on something that’s not even in the public domain..”

Wilson: “And we could be facing fines..”

Boylan: “To jump to that interpretation..”

Boylan: “Well the RTE report, the RTE report, well, as I said, Scotland uses the concept of the ability to pay and they have submitted two river basin management plans and both of them have been adopted by the European Commission and are not in breach of the Water Framework Directive.”