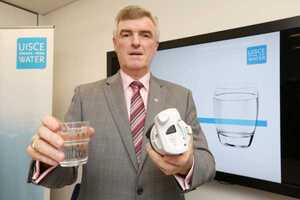 Whoever thought setting up Irish Water was an answer to anything must have asking themselves a pretty stupid question.

Recently a national protest against homelessness was held. It was attended by hundreds. I would have gone had I been more aware. It is a subject that truly shames us all, and not just the political system.

I have a feeling that when it becomes possible to write the history of this time in a more rounded sense, the amount of anger and energy that has been used on the issue of Water will be seen with some incredulity.

There are those who will claim that water was a binding factor. That it was a clarion call for all the injustices to be found in our society. Some more have convinced themselves that without the issue, and the engagement that has resulted from it, political change on any issue wouldn’t be possible.

And as an issue it has spawned a myriad of sub issues, which of themselves have revealed deep flaws in our democratic structures, as well as our systems of administration.

Whoever thought setting up Irish Water was an answer to anything must have asking themselves a pretty stupid question.

The model of recruiting those shown to be incompetent in their previous roles showed a particular kind of genius. The need to engage consultants by the wagonload underscored a thinking way beyond we ordinary folk.

The barely concealed attempt at fattening up a public utility for the subsequent pleasure of the private sector, added further grist to the mill.

As anger-inducing as these issues were of themselves, they were never the banner items for the dozens of protests that were attended by thousands.

The main point of contention transmitted from these events was that the ‘principle’ of directly paying for water was somehow abhorrent.

The government’s strategy didn’t help of course. It left what it believed to be the easiest issue to be sorted last. It, and especially its key Ministers, seemed to lack any sense of self awareness of a population already pulverised by a series of cack handed policy decisions.

Still public anger remained diffuse. It was never the case that direct payment was ever the issue that most consumed. Unfortunately it became the shorthand for what was was any or a combination of the issues I have mentioned above.

Here I need to confess. I have not paid my water charges either.

I have not done so partially because I have had little confidence that the administrative infrastructure would last, but mostly I was part of that very small subset that wanted to see water metered and directly paid for.

It was the €100 bribe that pushed me over the edge. I imagine each person can speak of a different breaking point, such has been the level of incompetence that has been shown.

Had we been a more mature democracy each of these issues would have been dealt with differently. We still have a lot of growing up to do.