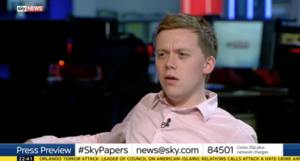 Owen Jones, a columnist with The Guardian, walked out of Sky News studio as he discussed the newspaper coverage of the attack in Orlando, Florida with Mark Longhurst and Julia Hartley-Brewer. 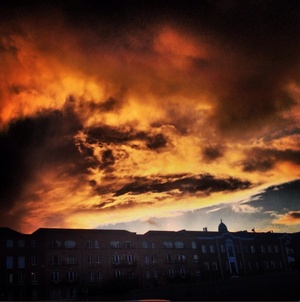