The station’s Crime Correspondent Paul Reynolds spoke to Áine Lawlor on News at One about ‘new developments’ in the case.

Ms Lawlor began their discussion by asserting that gardaí had made a link between Philip Cairns and convicted paedophile Eamonn Cooke and then asking if this assertion was a correct one.

Paul Reynolds: “Yeah, they’ve confirmed new lines of enquiry have opened up after the woman came forward. Now, Gardaí were in contact with this woman since the appeal on the 25th anniversary of Philip’s disappearance in October of 2011. Now she was clearly still very traumatised and she was a 9-year-old child at the time. The gardaí kept in contact with her, they reassured her, they worked to build trust with her and they waited until she felt that she could come forward and make a statement.”

“And that happened last month and we know that, in that statement, she told them that convicted paedophile Eamonn Cooke had struck the 13-year-old boy with an implement at the pirate radio station, Radio Dublin in Inchicore. And that she wasn’t in the room at the time but that she’d went in and seen Philip Cairns lying unconscious and bleeding on the floor. That she fainted and when she woke up she was in a car, being driven by Cooke.”

“And there is a context for all this as anybody who was around at the time will know Áine, I mean broadcasting was a huge interest at the time. People who owned and worked in pirate radio stations were stars. There was huge glamour, fame and celebrity surrounding pirate radio and thousands of people – adults teenagers and children – were fascinated by radio, much as they are by the media today.”

“And many wanted to work in radio. So it wasn’t really unusual for children to be interested in this. And not unusual for Eamonn Cooke to take advantage of that, to abuse children. And when he was questioned on his deathbed about Philip Cairns, by the Gardaií, he refused to tell them directly, or through an intermediary – a solicitor or a priest – where Philip’s remains are but he did, I understand, indicate to the Gardaí that he did know the child.”

Lawlor: “And of course Philip’s mother has spoken about her hopes again. In terms of trying to track him down because this obviously must be a priority for the gardaí is to try to give his family some certainty and closure on this. Are they appealing for more information – do they have further lines of inquiry?”

Reynolds: “Yeah, I mean they did confirm [transmission cuts out briefly before continuing]…this afternoon they’re to give a number of new lines of appeal in relation to specifically other people who may have been at either location. Now the locations are the Ballyroan Road – when Philip was on his way back to school, the place where he’s believed to have disappeared from. And then subsequently, six days later, the laneway where his schoolbag is found. And also they’re seeking information about Eamonn Cooke and his movements at the time. Was he in that area at the time? And also his movements in and around Radio Dublin, the radio station at that time and indeed people who were there and who may have seen children coming and going at the time.”

“Now, specifically as well, now what they will do this afternoon is commend the victim, the victim was only nine years of age at the time and the Gardaí say it’s perfectly understandable that victims of violent, dangerous, serial and recidivist abusers take some time to come forward with information. Many victims only come forward after their abusers have died and can do them no further harm. And Eamonn Cooke was, to many people, a frightening figure, a convicted paedophile who had abused children at that time. So the Gardaí say, as part of this appeal, they want to work and build trust with others who may have information and still might be afraid to come forward.”

Lawlor: “Ok, Paul. Thank you very much indeed for that.”

Yesterday: Philip Cairns And A Trail Of Disinformation 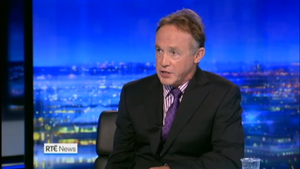 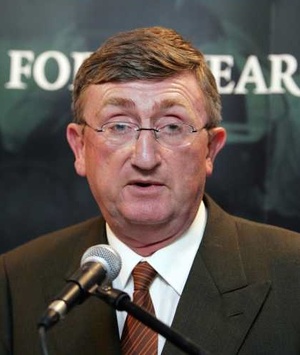 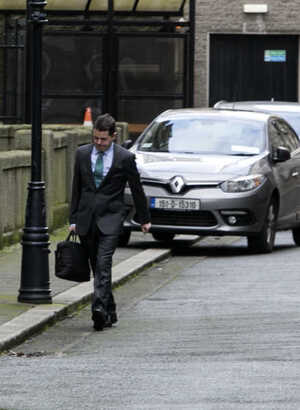 No One Likes Us, We Don’t Care 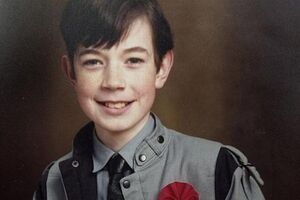 Philip Cairns And A Trail Of Disinformation

28 thoughts on “Cast A Paul Over The Story”