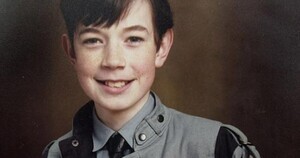 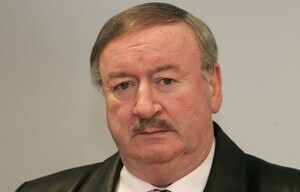 The investigation into the 1986 disappearance of Philip Cairns has been marred by contradictions, confusion and misrepresentation.

Not least in the past 24 hours.

The information provided by unnamed Gardai sources on June 10 to RTÉ and the Irish Independent  to date may be summarised follows.

A woman was ‘in a car’ with Eamon Cooke either ‘on the day of’ Philip’s disappearance or ‘in or around the time of’ his diappearance. It is not stated that Philip was also in the car.

The woman says she saw Philip unconscious and bleeding in the studio. She believes that this was after being hit with a blunt implement.

The woman was not in the room at the time Philip was hit and only saw the aftermath. It is then stated that the woman fainted and then when she woke up she was in a car being driven by Cooke. It is not stated if Philip or his body was also in the car.

Nor is it stated how Philip got to the studio in the first place.

Eamon Cooke died in a hospice on June 4, 2016. It is stated that Gardai interviewed him in the hospice on at least two occasions before his death.

It appears that these interviews took place after the May statement. It is not explained why Cooke – who was under palliative care at the time of the interviews, which took place shortly before his death – was not interviewed before, if the information in the May statement had – as indicated above – been communicated in some form to Gardai in 2011.

It was originally stated that Cooke corroborated or confirmed ‘some aspects’ of the statement but had not disclosed the location of Philip’s body.

However in another report – by UTV – Alice Cairns is specifically quoted as saying that Cooke admitted knowing Philip in one interview, but denied it in another.

They qualified this however by saying ‘in the sense of inviting children to visit his radio station’.

There are also reports of the Gardai in 2011 having been made aware of a paedophile ring in a pub in which Cooke and paedophile priest Fr Bill Carney was involved.

It is not clear whether or not the woman who made the May statement was also the informant in relation to this ring. It is not stated in reports where the pub was located. The ring in the pub was described as an ‘open secret’ although it is also stated that the pub owner was unaware of it.

It is not stated how Philip would have come to the attention of this ring.

Although he subsequently moved to Clondalkin, Eamonn Cooke had been born and brought up in Glasnevin, subsequently lived in Inchicore, and was still living there at the time of Philip’s disappearance. The Radio Dublin offices where Cooke worked were in his home in Inchicore.

According to the Murphy Report, Fr Carney had been receiving treatment for paedophilia for some years prior to Philip’s death.

Although he had been released from the treatment facility and was serving again in a Dublin parish at the time of Philip’s disappearance, this was only a recent appointment and it was not Philip’s parish.

It also states he had developed very familiar relationships with a small number of families that had problems and had no father figure, and had holidayed with these families.

Philip was a student at Colaiste Eanna, Rathfarnham. He was a member of the Legion of Mary, a prayer group and the Irish Sea Anglers’ Association. He also according to his mother in one interview ‘swam a bit in the pool’.

Today Paul Williams in the Irish Independent further reports that:

“Detectives are also understood to have made progress in tracing another former child victim who, it is alleged, was instructed by Cooke to dump the bag.

This separate development in the investigation came to light when another one of Cooke’s victims divulged the girl’s identity to a community worker who supports sex abuse survivors.”

There is indeed a community worker working with victims of Cooke who has given extensive interviews to the media regarding this story.

She is Angela Copley from Ballyfermot in Dublin, who supports survivors of childhood sex abuse,

Ms Copley was referred to in an article published by Maeve Sheehan and Paul Williams in the Sunday Independent on Sunday June 12, posted at 2.30pm in which Ms Copley is quoted as saying

”This girl rang me. She rang me periodically. She was a victim of Eamon Cooke’s and I was trying to help her get on with her life. During the conversation, she came out with this. She told me that a girl threw Philip Cairns’s school bag in the lane and that Eamon Cooke had given it to her to do it.“

The same day Ms Copley had appeared on the Marian Finucane Radio show. According to our transcript of this show, Ms Copley stated as follows:

“I received a phonecall from a victim of Eamon Cooke, who I have offered support to over the years. And she told me she had had a conversation with a Garda who told her that somebody had come forward and said they were the person who threw the schoolbag into the lane. She named the person to me, I’m not going to name that person.”

When asked by Marian Finucane if the victim she spoke with on the phone in May was the 9-year-old victim mentioned in news reports, Ms Copley explained:

In an interview with Kitty Holland in the Irish Times the following day, Monday  June 13,, Ms Copley said that she was in contact with a woman whom Eamon Cooke had abused as a child.

”I have been supporting the woman over the years. I called her to tell her Cooke was in the hospice.” Ms Copley said that she called the woman because “it would be helpful for her “to know he would no longer be a threat”.

Ms Copley says that, during the phone conversation the woman told Ms Copley that

“a Garda had told her someone had come forward to say she had thrown the schoolbag in the lane.”

It is clear from the above that Ms Copley had no personal knowledge of the woman who made the May statement, who to avoid further confusion is referred to here as “Victim 1”.

It is also clear that Ms Copley did have personal knowledge of, and spoke on the phone with, a second victim of Eamon Cooke (“Victim 2”).

It is also clear from Ms Copley’s subsequent interviews in the Irish Times and on the Marian Finucane Show (although not from the initial report in the Sunday Independent) that Victim 2 did not tell Ms Copley that she herself had thrown the schoolbag in the lane or indeed that she knew that anyone else had done so.

What Victim 2 in fact said, according to Ms Copley, was that a Garda had told her that another victim had come forward with information about the schoolbag in the lane.

It is also not clear whether the victim who was alleged by the Garda to have come forward with information about the schoolbag was Victim 1 or a third victim of Cooke (Victim 3).

What is however clear is that Victim 2 – the only victim who spoke to Ms Copley – did not say – as reported in the Sunday Independent – that she herself threw the schoolbag in the lane.

Nor was it the case that Ms Copley informed the Gardai that Victim 2 – or any other victim – had told her that they had thrown the schoolbag in the lane.

As set out by Ms Copley in the Irish Times and Marian Finucane interviews, she did indeed approach the Gardai, following this telephone conversation, with her concerns about Cooke.

These concerns, however, were based solely on Cooke’s status as a Dublin paedophile and the fact that – along with many other citizens, some well-known, he had joined in the search for Philip.

Ms Copley in fact specifically complains about a lack of Garda response to her allegations.

The member of Gardai who approached Ms Copley’s informant is not identified. He is however described in one report as a ‘retired Garda’.

One retired detective Inspector Gerry O’Carroll, who previously worked on the Cairns case, has appeared in the media to discuss recent developments.

In an article authored by him in the Irish Independent on June 13, Mr O’Carroll states as follows:

“As a detective who worked on this case, and in light of this compelling new witness evidence and Cooke’s later paedophile convictions, it’s clear that there’s now a strong case that [Cooke] abducted and murdered Philip Cairns.”

However, in another report published in the Irish Times the very same day as his Irish Independent piece, Mr O’Carroll is reported as saying:

“I have serious questions. I don’t for one instance feel all the dots have been joined or that we have yet reached a stage of conclusivity that Eamon Cooke took little Philip… Part of this entire story lacks credibility.

I can’t figure out how this little witness of nine years of age, who was an abused child herself, could have witnessed what went on in the studio without someone seeing.[Radio Dublin] was an extraordinary busy place. How did Philip materialise from Ballyroan Road into the studio in Inchicore?”

“There are gaps that have to be joined up. Until all that happens, I am not satisfied, I cannot be convinced that we have the right man for this crime.”

Previously: Philip Cairns And A Trail Of Disinformation

Philip Cairns And A Trail Of Disinformation

Cast A Paul Over The Story 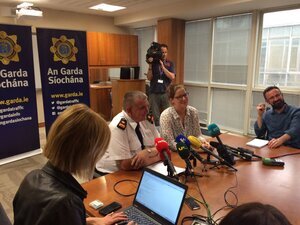 32 thoughts on “A Cold Case Of Confusion”