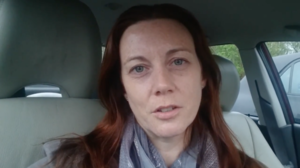 She has clinical depression and borderline personality disorder.

I had an article published here a few weeks back, in which I expressed my frustration at what I perceive to be the very sanitised view the general media presents to us about mental health.

Following on from this, I wrote a similar article for the Irish Times, stating:

“My concern is that the current media representation of these (mental health) issues is in danger of doing the subject more harm than good by having a really restricted focus in terms of how mental health problems manifest, who they affect, and how they are managed.”

Immediately after the articles I was contacted to do both TV and radio interviews which, after much consideration, I had to decline.

I knew that while I would get great energy from doing them, and it would possibly help take the national conversation about mental health a little further, it would also knock the stuffing out of me and the fallout for me personally wouldn’t be worth the whatever slim gain may have been made.

I realise there’s a massive irony in this – I gave out that media representations of mental health issues are very one sided, yet when given the opportunity to do something about it, I had to say no or my mental health would suffer.

On a whim, I recorded the video above.

I cannot currently give live interviews, and there’s little I can do to affect change around mental health policy in Ireland.

But, I’ve been writing about trying to manage borderline personality disorder (bpd) and depression for years, so what I can do is attempt to show you the reality behind the words.

None of these vlogs are scripted, rehearsed or edited in any way. They’re mostly recorded in my car because it feels like a really safe place to do them, if a little dull visually, and are short – generally between one and three minutes.

I tend to think a lot when I’m driving, and it helps to record my thoughts this way on a day that I may not get time to write.

What you see is how I am – I don’t usually wear make-up, and I often look extremely tired and/or spotty.

This is my reality.

I’ve never sugarcoated my writing so I’m not going to sugarcoat these.

Fiona is an Ambassador for See Change, a national movement that tries to improve attitudes towards people with mental health issues, and she blogs here

The Kindness Of Strangers

3 thoughts on “Finding A Voice”