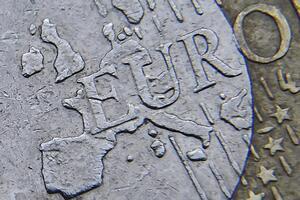 A Europe that descends towards disintegration and far-right ascendency, mainstream paralysis and progressive atrophy will wash over our shores and no amount of corporate tax appeasement will prove an adequate flood defence.

Does the Brexit vote, with all its contradictions and incongruities, represent an anti-establishment vote?

The Brexit campaign was a struggle between two wings of the Tory party (including its breakaway, UKIP). Boris Johnston, Michael Gove and Nigel Farage on one side – representing small and nativist capital; David Cameron representing large and finance capital.

In essence, it was two establishments warring against each other as the chronically obstreperous alliance within the Tories broke down into a fight over ascendency and personalities. These two ‘establishments’ set the choice and the parameters of the debate.

Ultimately, the Johnston/UKIP wing was successful as it proved adept at exploiting many people’s intolerable economic circumstances and profound experience of powerlessness, projecting these on to the EU (not to mention outright appeals to an ultra-nationalism and anti-immigrant prejudice described  London Mayor Sadiq Khan as ‘Project Hate’).

This was a remarkable feat given that the Johnston/Gove/Farage troika were the chief cheerleaders of home-grown British austerity and the neo-liberalism that dominates EU policy.

The proportion of the Brexit vote that was a legitimate vote against austerity and powerlessness was effectively co-opted by right-wing elitist forces.

So, yes, the Brexit vote can be interpreted as two-fingers to the establishment. But only if it is remembered that those two fingers are attached to the hand of forces that Paul Mason rightly claims want to turn Britain into a ‘Thatcherite free-market wasteland’.

So how do we read this? As Thomas Fricke points out, the overwhelming majority of blue-collar workers supported the far-right Freedom Party in the recent Austria presidential campaign.

Does this constitute a vote for far-right values? Or it is a vote for the only outlet left to express opposition against alienation, loss of power, loss of identity – a vote which represents the powerlessness that working people experience throughout Europe and not just Britain.

In any event, what was the argument for Remain? To stay in an undemocratic and, at times, anti-democratic EU (witness the attack on elected Governments in Italy and Greece)? An EU which demands adherence to irrational fiscal rules that impoverishes huge swathes of Europe? An EU which has botched a common immigration policy?

An EU based on a flawed currency design overseen by a flawed central bank. Distant, centralised and bureaucratic – as one leading German insider put it – a bloodless technocracy: very difficult to mount an argument for that.

Cameron – and his wing of the Tory party – was even more compromised; having made a virtue for years of attacking the EU, detaching the UK at every opportunity; all in the name of maintaining ascendency over the nativist Troika, or at least an uneasy truce.

When this broke down, when battle commenced, arguing for Remain was a circle too big to be squared. Labour and progressives were reduced to either highlighting the dangers of Brexit (‘it’s bad now, but it could get worse’ – hardly a positive message), or producing abstractions such as ‘remain and reform’, without detailing what those reforms might be or if they were even possible. In truth, progressives were never going to win a battle that was being fought out between the two wings of the Tory establishment.

Ultimately, the anti-establishment vote merely ended up reinforcing an establishment which is seeking more ‘freedom’ from EU restraints, to exploit labour (Jeremy Corbyn’s ‘bonfire of workers rights’), to degrade social and environmental rights.

The Brexit victory risks giving even more oxygen to forces that are not just intent on undermining the EU; they are intent on returning to borders and currencies and narrow nationalist ideologies.

These forces are the greatest threat to European cohesion and cooperation. It was not the progressive parties who welcomed the Brexit result. It was Marine Le Pen. It was Geert Wilders. It was Donal Trump.

A friend of mine said she wished there was another vote she could cast – neither Remain nor Leave. This sums up the progressive dilemma which struggled to find some traction, some positioning in the referendum – struggled because there wasn’t a progressive option.

In the Irish Republic we are a little more fortunate as it is highly unlikely we will be faced with this choice. Support for the EU is very high. A recent poll showed 90 percent support for remaining in the EU and even after years of recession, austerity and bail-out economics, and 87 percent believe the EU has done more good than harm.

Nonetheless, we shouldn’t be sanguine. We are not an island afar off. A Europe that descends towards disintegration and far-right ascendency, mainstream paralysis and progressive atrophy will wash over our shores and no amount of corporate tax appeasement will prove an adequate flood defence.

The EU orthodoxy has no prescription. Its knee-jerk reaction to the Brexit result has been to call for greater integration. This ignores the swelling of disenchantment across Europe over the direction of the EU. 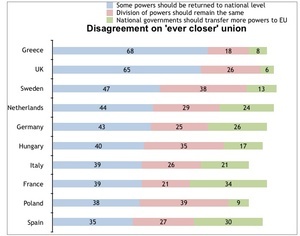 While the UK (and Greece) may be at the more extreme end, there is a plurality in each of the countries polled for greater national powers.

This is not some narrow nationalist demand; it is a legitimate demand for more democracy, more popular participation and control in decision-making which, in current circumstances, can only be achieved at national level.

However, this is the conundrum: monetary unions, without fiscal and political union, do not survive for very long. A central bank needs a central government. If the Euro is to survive, greater integration is needed.

Yet greater integration is becoming more and more politically problematic. How can this circle be squared? Can it? What are the options? Or do we get mired in a ‘business-as-usual’ mode, clasping a copy of the Five President’s report, oblivious to everything outside the bubble?

Only the European Left is capable of confronting this issue.

Despite the complicity of many progressive sections with austerity and the neo-liberalism of the EU, its ideological roots put it in opposition – or at least in contra-distinction – to current economic and social policies which result from the current institutional configuration.

Only the Left is capable of taking on the nationalism of the Far Right and the centrifugal forces that would return us to borders, through the promotion of an ever deepening democracy.

However, the European Left has to be honest itself.

It is divided, politically exposed, and intellectually inert. If there is a way out of this, it will have to do two things: first, end the division – between social democracy, the communist and allied tradition, progressive greens and the popular anti-austerity movements. Progressive unity is vital.

And this should lead to the second task – to engage in a revitalised discourse together, connecting with the working class and progressive constituencies, to re-imagine Europe and our relationship with each other; all pointing to new European re-foundation.

In this way we can move beyond a leave/remain divide determined by conservative elites and towards a more authentic divide: between more or less democracy.

It’s either that or expect the Brexit vote to be the first step down a road that will have an unhappy destination for all Europeans.

Hangin’ With The 1 Per Cent