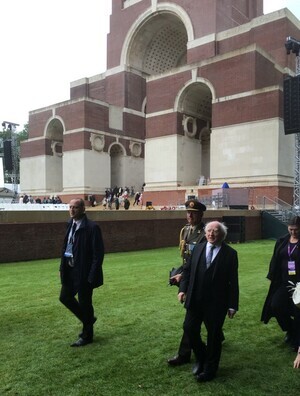 Near the village of Thiepval, Picardy, France

President Higgins leaving the Thiepval Memorial of the Missing following the Somme 100 ceremony.

Today marks the 100th centenary of start the Battle of the Somme which was to last until November 18, 1916 with more than one million men wounded or killed

Pics via President of ireland

I Joined The Navy To See The Squee

A Wizard Is Never Late