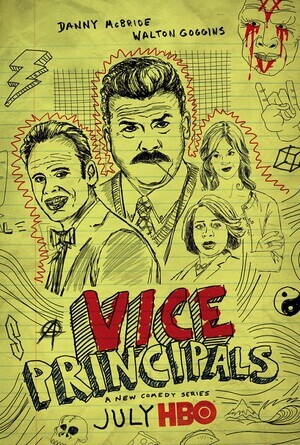 1. Two vice principals, (Danny McBride) and Lee Russell (Walton Goggins), compete for the top job at a US high school.

2. You had me at Walton Goggins.

3. Co-written by McBride and directed by Eastbound and Down’s Jody Hill.

4. There’s not much chance of this HBO comedy outstaying its welcome. Vice Principals is 18 episodes in total (split over two seasons). McBride said, “We just wanted to make a really long movie.”

5. Set photos from Ridley Scott’s Alien: Covenant have started to appear online, including one of McBride in costume as a (presumably) redshirt pilot.

6. Broadsheet prognosis: Of Vice and Men.