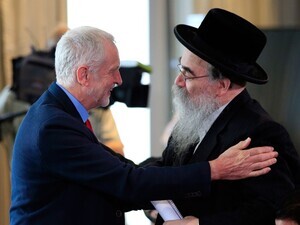 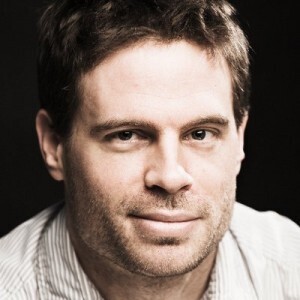 From top: UK Labour leader Jeremy Corbyn with Rabbi Pinter after delivering a speech on anti-semitism at the weekend: Dr Julien Mercille

How sound are claims that antisemitism is rampant within the British Labour under leader Jeremly Corbyn?

Any pretext appears to be valid to justify attacks on Jeremy Corbyn on the part of the media and his right-wing political opponents.

The Daily Telegraph criticised him by comparing him and his beard to his supposedly over-grown garden while the Daily Mail had a headline  saying that Corbyn “sits silently in meetings munching noodles and granola bars”—OMG. (Ronan Burtenshaw wrote an excellent piece here  on how the British media demonises Corbyn).

But another loud criticism that has surfaced periodically over the last few months is that under Corbyn, the Labour party has become more antisemitic.

Media commentators have said  that Labour is now attracting “antisemites like flies to a cesspit”, has “become a cold house for Jews”, and within the party these are “difficult times to be a Jewish member”.

In short, “Labour is a racist party now”.

But in fact, when one investigates the actual evidence, if any, one finds nothing of the sort. Jamie Stern-Weiner, a dual British-Israeli national based in the UK, wrote several outstanding articles on the subject (here, here and here) in which he carefully researched every allegation of antisemitism in the Labour party under Corbyn.

“Jeremy Corbyn and his supporters have been blamed for rising antisemitism in the Labour party. These claims are baseless”.

His articles are systematic and comprehensive and should be read in full, but below I summarise some of his points.

The core evidence for claims that antisemitism is rampant within Labour comprise of statements made on Facebook and Twitter by eight low-to-mid-level members and an MP, as well as allegations of antisemitism in a university Labour club.

To put this in perspective, recall that Labour now has hundreds of thousands of members, so even if the above were true, it would apply to a very small minority of members.

But when one looks at the actual tweets and Facebook posts, the evidence is laughable. Sure, some contain inaccurate or inappropriate language towards Jews or about Israel.

But if those standards of evidence were applied to tweets and Facebook posts regarding other ethnic or religious groups, a lot of social media users would be found guilty to say the least.

A few examples: a Labour party member posted on Facebook, “ISIS is run by Israel” and shared a picture of a rat with a Star of David and the caption, “the real plague”.

Another one tweeted “Zionist scum”. One could discuss the appropriateness of such posts, but to elevate that claims that the Labour party is antisemitic is to create a storm in a teacup.

Also, Naz Shah, a Labour MP, shared on Facebook an image suggesting to relocate Israel into the United States (the image and caption can be seen here.  Again, a storm in a teacup.

The claims surrounding alleged antisemitism in the Labour club at Oxford University, as far as we can tell, seem to be of the same order as the above – if they can even be verified as true.

The accusations of antisemitism were made by the club’s vice-chair, Alex Chalmers, in February 2016, when he resigned. But Chalmers is a former intern at BICOM, an Israel lobby group, so there might have been ulterior motives at play.

Nevertheless, in every case that allegations of antisemitism were made against a Labour member under Corbyn, they were immediately suspended or expelled, and therefore it cannot be said that Labour is too tolerant (on the contrary, one could make a case that it reacts too harshly).

In any case, the above allegations motivated Labour to commission a report to investigate the claims.

The report of the Chakrabarti Inquiry was released a few days ago. It basically concludes exactly what you would expect: there is no significant racism in the Labour party against any minority groups, but the party should nevertheless make efforts to be careful in its use of certain words, expressions, and stereotypes—a conclusion that would hold for virtually any institution in Britain or elsewhere.

For example, the report recommends that “there must be greater inclusion and representation of black and minority ethnic people on the staff and at every elected level within the Party”, and “racist epithets” should not be used in the party.

One wonders how much harsher such conclusions would have been if the report had been about the Conservative party?

Also, as Israel/Palestine Jewish expert Norman Finkelstein reminds us, we should not believe that antisemitism is rampant in Britain – other ethnic or religious groups suffer much more discrimination, yet there is no equivalent scandal about that.

Finally, while a few Labour members have been suspended over social media messages, many Labour and other MPs have actively defended and facilitated Israel’s occupation of Palestinian lands with all the oppression that comes with it. 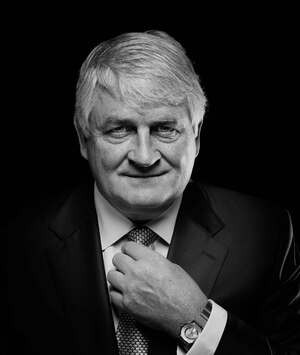 82 thoughts on “Shalom In Our Time”