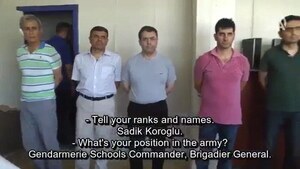 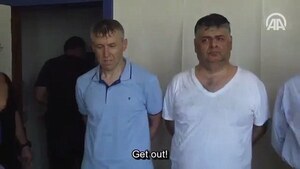 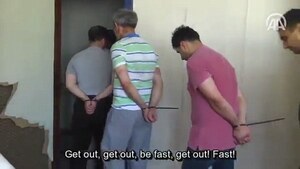 Five of the suspected coup members at a police station in Ankara, Turkey

The footage was allegedly filmed at a police station in Ankara where the men are being held in custody before they appear in court later today.

The release of the video comes after an EU official suggested the swift rounding up of nearly 3,000 judges and military officials after the failed coup in Turkey suggests the government had a list of names prepared beforehand.

EU claims list of 3,000 arrested Erdogan enemies was drawn up BEFORE the uprising (Mail Online)

35 thoughts on “A Turkey Shoot”