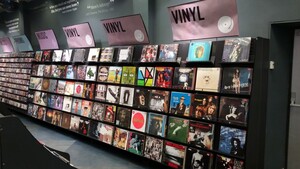 Earlier, in our regular Golden Discs slot, we asked if you would like to share a Clannad song to mark the recent passing of founding member Padraig Duggan.

‘Penfold’ wins a Golden Discs voucher worth TWENTY FIVe Euros for choosing Buachaill ón Éirne [the Boy from Erne]  for Padraig and  “…because it’s one of the songs that brings back memories of playing in youth band before GAA matches years ago”.

Kolmo: “For the week that’s in it would you ever just play Journey’s End by Clannad because of the unfortunate passing of a founding member of this iconic Irish band and the fact that I am about to get off a Bus Eireann bus in the midlands due to the relatively short actual journey I had been on is about to end..”

Pat Walsh “For the week that’s in it would you ever just play In A Lifetime by Clannad & Bono because it would be nice to introduce the lead singer from U2 to a wider audience.”

Mildred St Meadowlark: “For the week that’s in it would you ever just play Dúlamán because it’s an absolutely golden version of a classic Irish song about seaweed, of all things, and a great toe-rapper of a tune.”

Dermot: “The Theme from Harrys Game because ’tis still a fine tune after 33 years.”

A Song For Ma

Me And Ms Jones