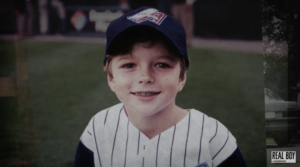 A charismatic teenager with musical aspirations, Bennett Wallace is on the brink of adulthood. As he navigates the ups and downs of gender transition and grapples with a history of substance abuse, Bennett embarks on a journey to find his voice — as a musician, a friend, a son, and a man.

Filmed over four years, Real Boy follows the evolution of Bennett’s relationship with his mother Suzy, who has deep misgivings about his transition.

As Suzy struggles to come to terms with his decision, Bennett is taken under the wing of his idol Joe Stevens, a celebrated transgender musician fighting his own demons.

Through observational storytelling that is alternately painful and heartwarming, Real Boy explores the complexity of addiction, the healing power of music, and the importance of family, both given and chosen.

A free public screening of Real Boy will take place on Friday, September 23 at 8pm, followed by a musical performance from Bennett Wallace with special guest Joe Stevens.

5 thoughts on “For Your Consideration: Real Boy”