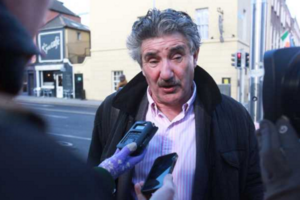 …We’ll hear from Anna May McHugh about what’s in store for punters [at the Ploughing Championships] this year and Ivan Scott, world record sheep shearer, will demonstrate his skills live in studio.

…Entrepreneur Enda O’Coineen will talk about his passion for life on the waves as he prepares to take part in the Vendée Globe, a single-handed non-stop race around the world… BP Fallon talks about his rock ‘n’ roll life with the great and good of the music business including David Bowie and… he performs alongside Emmy Lou and the Agenda.

There will also music from Michael English and Vladimir & Anton.

18 thoughts on “Staying In Friday Night?”