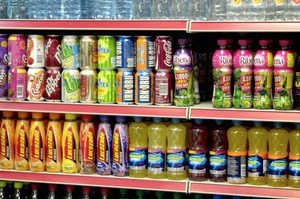 Further to renewed calls today for a  tax on ‘sugar sweetened’ drinks.

The Sugar tax proposal is yet another nanny state measure which benefits politicians and the tax collector but doesn’t address the problem it says it does. This ineffective measure uses a sledgehammer inflationary approach and focuses on the wrong area.

We absolutely need to address the growing problem of obesity but this should be done through education, more exercise, less car dependency etc and not just by singling out one product for a punitive financial penalty..

Soft drinks companies have been active on this issue. In Ireland they say they have increased their marketing spend on no and low sugar options by 80% over the last five years, are not marketing and advertising any beverages to children under 12s, and say they are committed to reformulation

The beverage industry is leading on addressing obesity through a mix of effective measures. Reformulation of sugar sweetened beverages in Ireland has already resulted in a 10% reduction in energy – 15% when the shift towards low and no calorie drinks is included.

They are also reviewing their marketing practices to ensure advertising in a responsible manner, including increasing public awareness on consumption and nutrition.

In fairness, they are committed to doing more, including continuing to accelerate their low calories beverages; aggressive reformulation of their products; and introducing new products with reduced calories.

So what is this about? Why would a sugar tax change this?

With sparkling soft drinks contributing just 3% of total calorie intake in the Irish diet, a tax would be both ineffective in helping to combat obesity and unfair to consumers who would face additional costs.

Lastly we should remember two things:

2. Vat was increased from 21% to 23% and it had no effect on demand for those sugary drinks.

Fight Obesity Through Education And Exercise, Not With Another Tax (Eamon Delaney, Hibernia Forum)