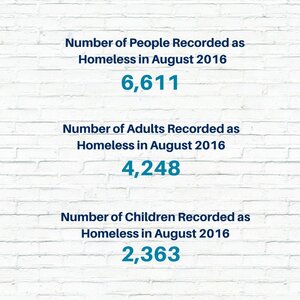 Latest homeless figures from DoHPCLG show a net increase of 86 people in homelessness from July to Aug 2016. Total now stands at 6,611…

‘A Year On…The Situation Is Much, Much Worse’