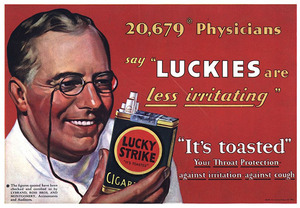 Conflict of Interest assertions seem to be at the end of a lot of finger pointing recently, myself included.

That’s not t’say it doesn’t exist but many events, and in particular the one where I was challenged myself, have me wondering does everyone really understand it enough to identify the actual conflict that might give rise to the risk.

The just shout it out and hope it sticks people, like the 13 year old that still believes in Santy or the “Peaceful Protest Peaceful Protest” shouters.

So just to make sure we all know how to identify a conflict of interest for real, I thought we could all go back to the classroom, kinda.

And most in my experience don’t recognise it clearly enough that they can point exactly to what the specific conflict is. Even if it’s a probable risk, which most Conflict of Interest threats are.

The most common I see is Fee Influence. And this Country is riddled with it. Fees or Income or extra wedge or even the potential of that extra handy few bob, is not just the most common but it’s the most likely.

Larger big game Professional Firms quote caps on the % of Income they can accept any one Client source; yet this is managed by having another division or subsidiary bill the Client.

For example; Top Tier firm has a 6% cap on Fees from Semi State Client, but a juicy Tribunal of Inquiry comes along so the invoice comes from Top Tier Firm Consulting LTD.

The Notion here is that they are showing us that future Income generating work is not influencing them and their services, and they remain totally Independent and Transparent to any onlooker.

But in actual fact, they are not Independent and cannot promise unbiased professional opinion and services.

I don’t care how sophisticated their Chinese Wall is, if they were Independent and Transparent they would refuse the appointment.

Independence is the only weapon capable of denying all and any Conflict of Interests. This does not just apply to Big Ticket Firms. It applies to all of us.

In my game I suppose I see more of it than say a Carpenter or a Dentist. But if anyone, so that’s everyone really, is capable of being influenced, then a conflict of interest exists because Independence is denied.

If you don’t believe me, then someone answer this; have any of ye been given a heads up by your GP that they were on an all-expenses paid laa-dee-da with herself to Lanzarote? What were you prescribed again? Was it sum’ting from Pfizer’s …

What about the crowd who brokered your mortgage?

What extras besides industry standard commission did they collect from the Mortgage Bank? Golf Trips? Bonus Triggers? Cars? Are you really sure the % commission is the same as the other Mortgage providers willing to quote?

Are you sure you got the best Mortgage deal for you or for your Broker? So are you still satisfied you got the best free from bias Independent advice? Take this from me. When it comes to Commission based income, its Dog eat Dog.
Anyone remember when Ruth Dudley Edwards wrote that thing that upset the Health Services and others? And they pulled all their advertising from the Indo group? What happened next?

That’s influence. By the way; this is the Fee Influence behaviour that instantly proves Bias and Lack of Independence over there in Talbot Street, not its ownership structure.

I could go on. But one other danger area I want to flag before Golden Discs steal the day is the Professional (paid or non-paid) Board circuits.

How can anyone sitting on say, just say, The Financial Ombudsman Board, who is an employee or former employee of an institution selling financial products for profit, be seen to be Independent and Free from Influence?

While the commentary around Board gigs, the paid ones, generally poke around at the Political pals gifting gigs to the useless and their children, it’s time to lift the lid and go deeper and start connecting the dots between their day jobs and their other sources of income, that’s when you’ll see who really is the voice and direction on that particular Board seat.

Hint. Look at all the Union heads, what other boards do they sit on? Are they really independent and free from influence, and Conflict of Interest is absent (when their day 6 figure job is representing 1000’s Public Sector workers)

Honestly, How Are We Doing?

18 thoughts on “How To Spot A Conflict Of Interest”