Data & Picard is my tribute to one of the greatest TV series of all time. It is an original track featuring the voices of Captain Picard (Patrick Stewart) and Commander Data (Brent Spiner), accompanied by a music video I shot entirely in my living room with a green screen and lights. The track opens with the Klingon Victory Song, followed by a remix of Data singing Che Gelida Manina in the episode ‘In Theory’. This episode was the first ever to be directed by Patrick Stewart and I didn’t realize this until after the track was finished. 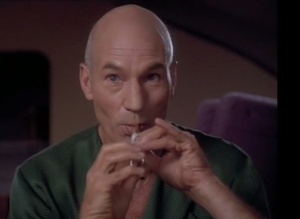 The Galaxy In Harmony We Watch The Stars